Triumph of the smart phone

If you know me at all, you know that I am a dedicated and purposeful Luddite. I resist all new technology until I can no longer escape its snare. For years I clung to my old texting phone, which I considered to be all I needed because it had a little keyboard rather than the old phones which had buttons that you had to press multiple times to choose letters. I declared frequently (and annoyingly too, I am sure) that I refused to own a phone that was smarter than I. When I found out about Republic Wireless, I mulled over the possibility of switching to their service before I was forced by changing technology to make a choice. I liked their low low prices and choices of plans, because I didn't figure on suddenly becoming a constant user of my phone just because its capabilities had increased.
I finally took the plunge, partly because I thought the camera on the phone might make up for the loss of my camera. And thus, because my phone is truly smarter than I am, I'm stuck with uploading photos from the phone to the blog, one by one, in a painfully slow fashion. Which causes much procrastination on my part.
So these photos are from our visit to Texas in April to see these lovely girls.
Scarlet really loves her papa. 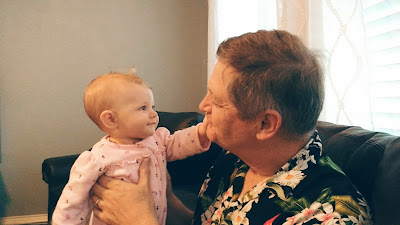 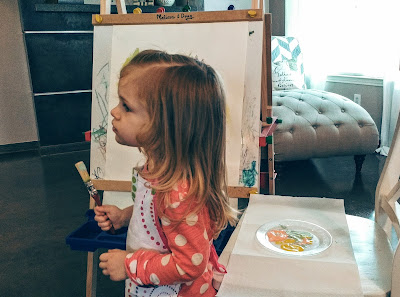 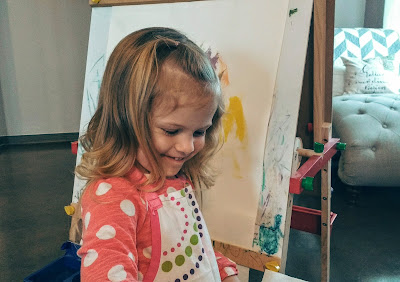 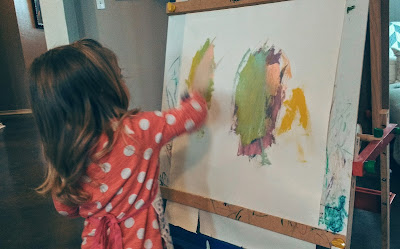 We went to the Perot Museum and London gathered groceries... 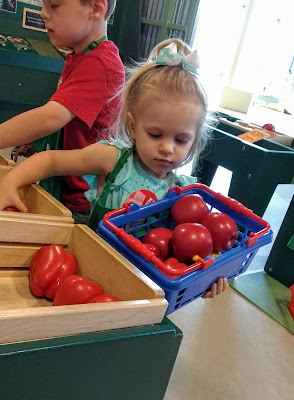 ...and drove the delivery truck. 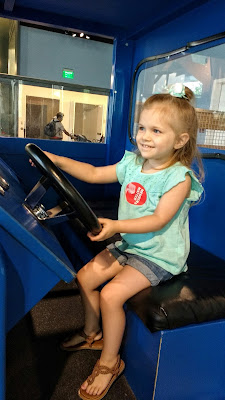 Scarlet was happy just hanging out with Papa some more. 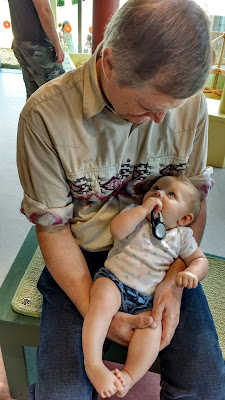 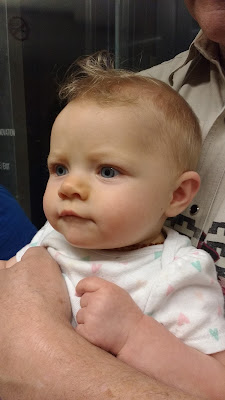 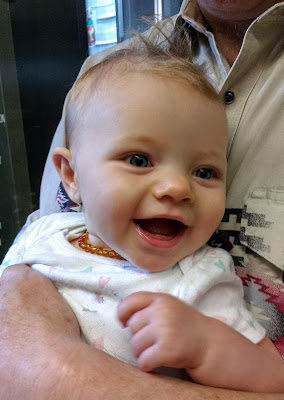 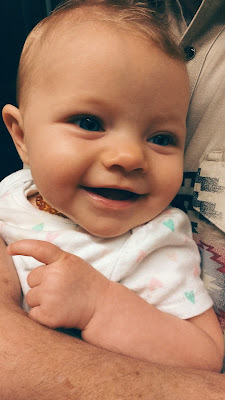 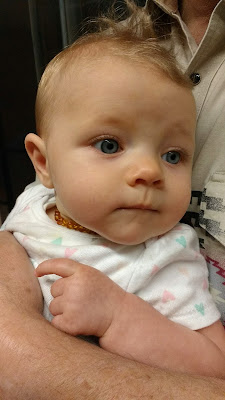 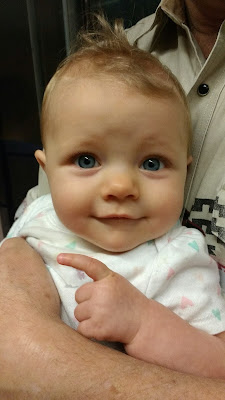 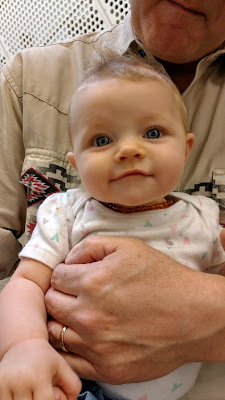 And just because one can never get too many views of this sweet face. 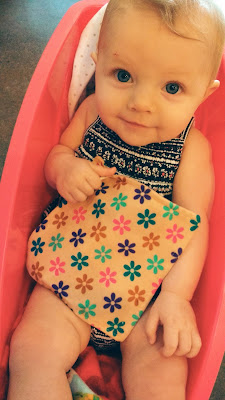 I showed London how we could put Scarlet in the buggy and there was no end to the fun after that. 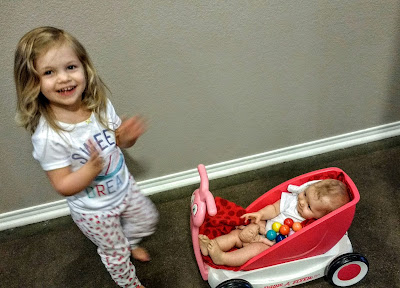 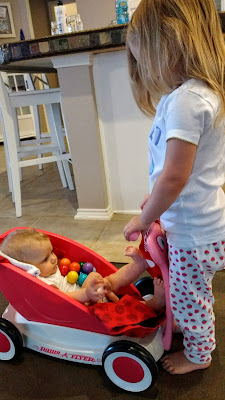 And here is London enjoying a drink of hot chocolate in her new Peter Rabbit cup. 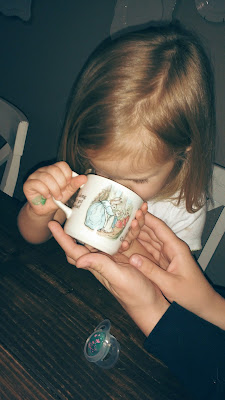 We miss these kids.