Segways, fishies, and battlefields in Georgia

Jeff and I had some family business in Georgia in October. After it was all done, we spent a couple of days in the Atlanta area and then I went with him to Denver on his business trip. It was my first time in both places, other than layovers at the airports.
Ever since I saw a group of people on a twilight Segway tour of the capital in Washington DC that one time we were protesters, I have wanted to ride one. I noticed an ad online for a tour in Atlanta so we decided to go for it. We took a Midtown Atlanta Segway tour at 2 o'clock on a very cold and windy afternoon.
But first, seeing as how we arrived in central Atlanta early and had an hour to kill, we took a ride on Skyview Atlanta, which was just around the corner from the Segway office. 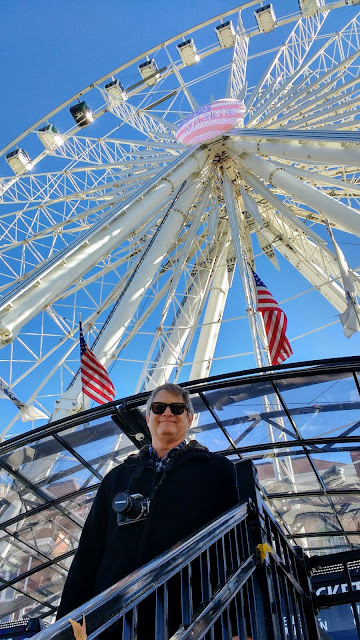 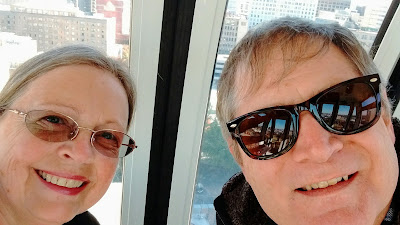 It was slightly interesting and we got to see some of the Atlanta buildings, but on the whole we thought it was a waste of $30. I did like these solar panels on the roofs of the parking lot structures though. Seems to me it's a win-win. 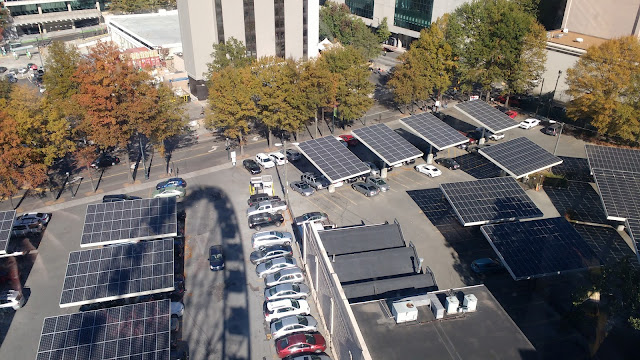 Sadly, the Segway company doesn't give you much time to take photos, so this is the only one Jeff got of me. But let me tell you, I rocked the beast. It was such fun, in spite of the ferocious wind! We were chilled to the bone by the time we were done. The tour went for about six miles. We even got to do a Leonardo di Caprio-on-the-bow-of-the-Titanic move. From now on, every city tour I take will be on a Segway. And Jeff wants to buy one. Or two. Sadly, the price is prohibitive. 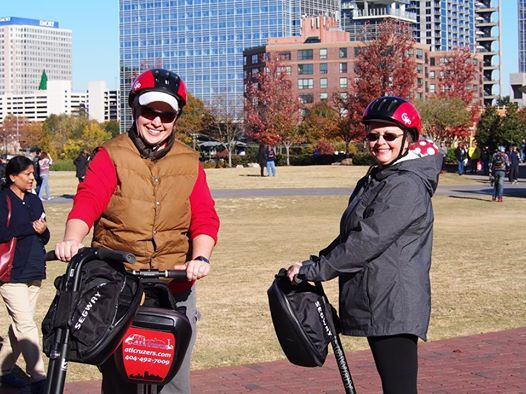 Jeff is getting his Segway legs. It's actually a bit hard on the leg muscles. The movements to control the machine are very subtle but taxing over the course of a couple of hours. It was hard to walk when we finally got off the machines, and we kept wanting to tilt around the corners and bend our knees when we walked over bumps. 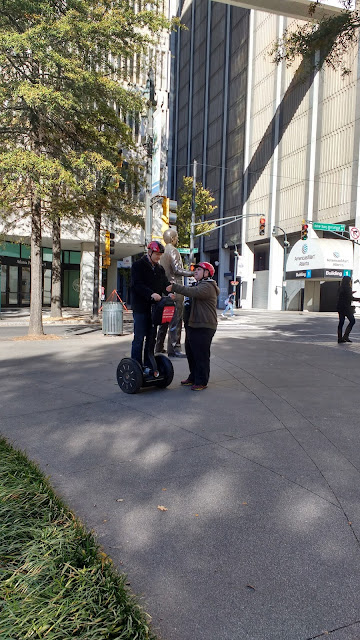 But I did manage a selfie in the square by the Coca Cola museum. 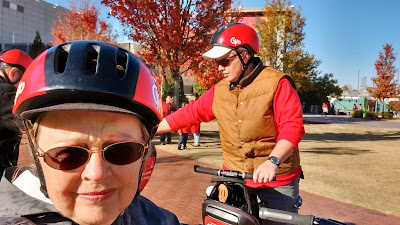 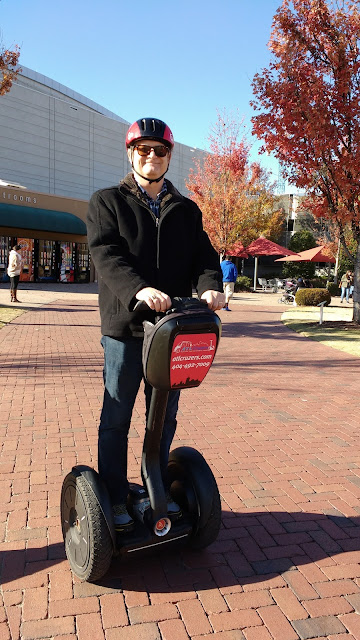 People made of people. 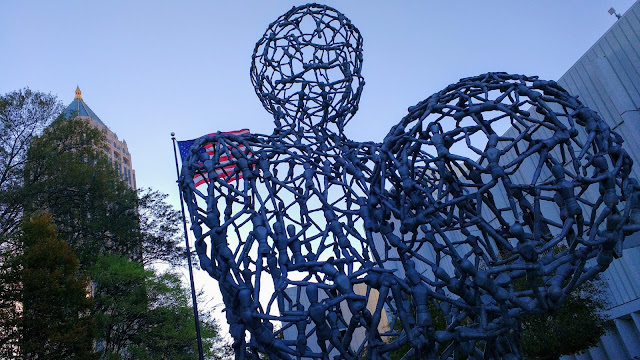 We never miss a good aquarium, so the next stop was the Georgia Aquarium. The displays were amazingly beautiful. 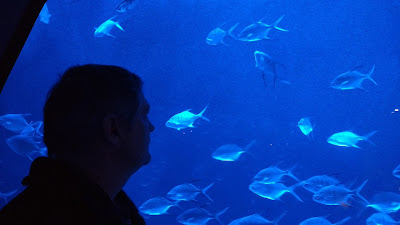 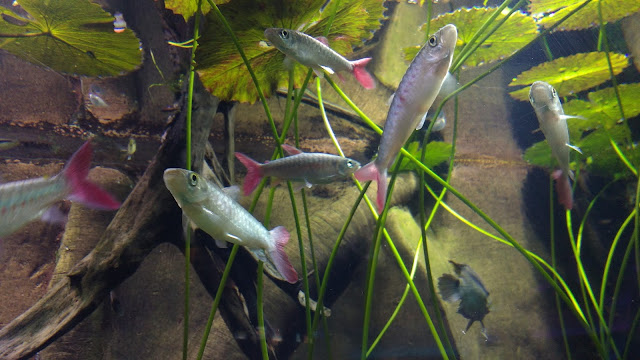 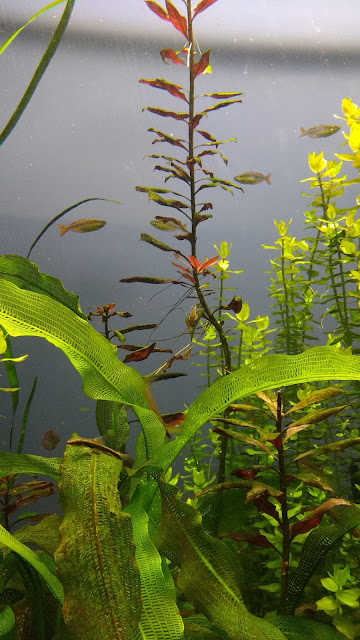 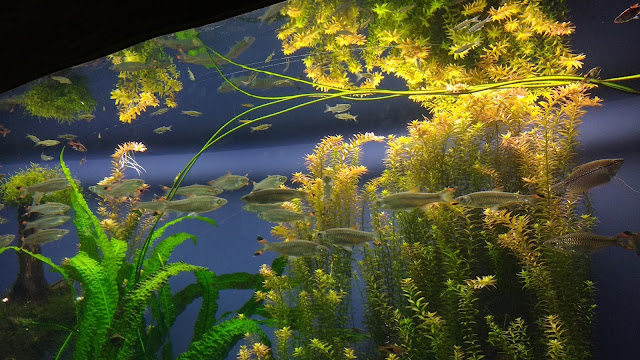 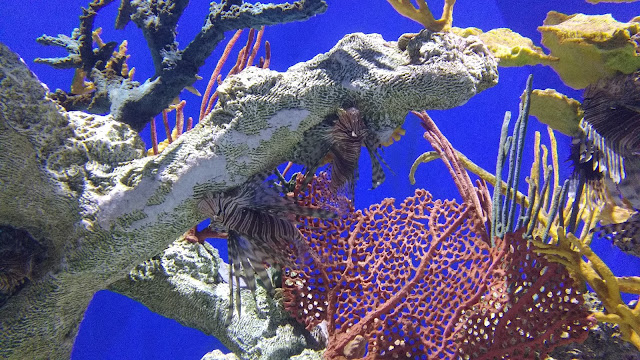 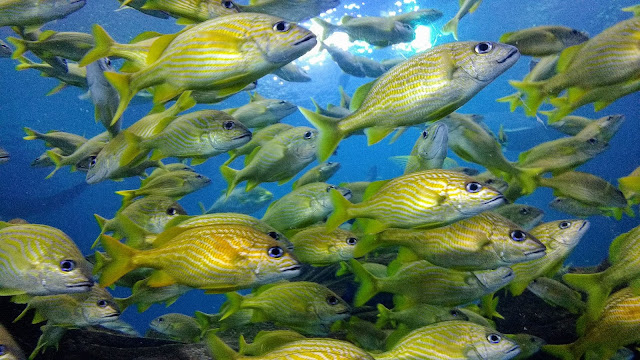 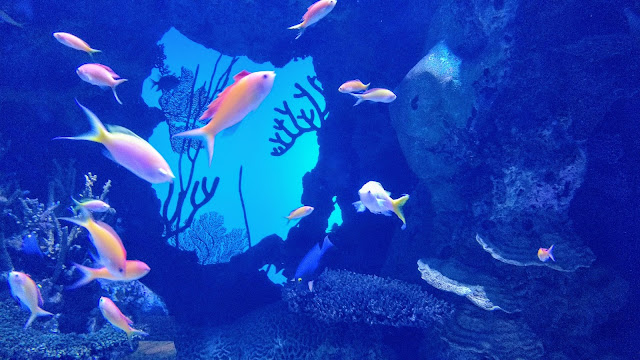 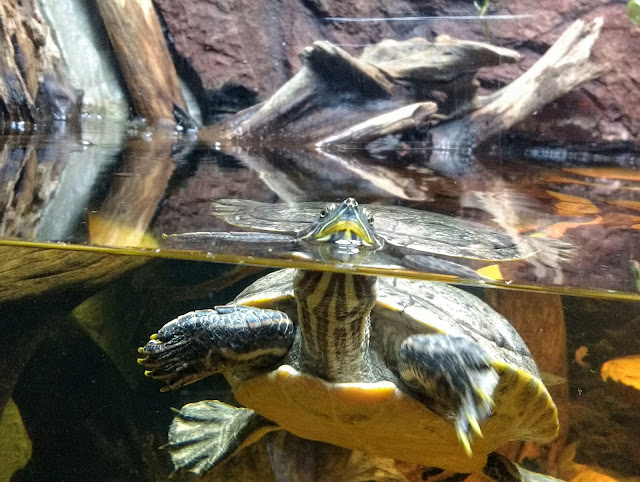 We managed to catch a dolphin show, but the lighting was not conducive to photos.

The next day, before we went to catch our flight, we drove up to the Kennesaw Mountain National Battlefield Park. We took the tour of the Visitors' Center, which covered the history of the Civil War from a fairly unbiased point of view, and then drove to Cheatham Hill for a small walk around the battlefield.
If you know anything about Jeff and me, you know that we visit battlefields. This was a whistle-stop but we were so glad we made it. One of Jeff's ancestors fought here. It was interesting to visit a battlefield in the South, as all of the others we've seen were in the North. We wished we had had time to walk some of the many trails in the park, as the woods were so beautiful on this autumn day. These photos were all taken on Cheatham Hill. 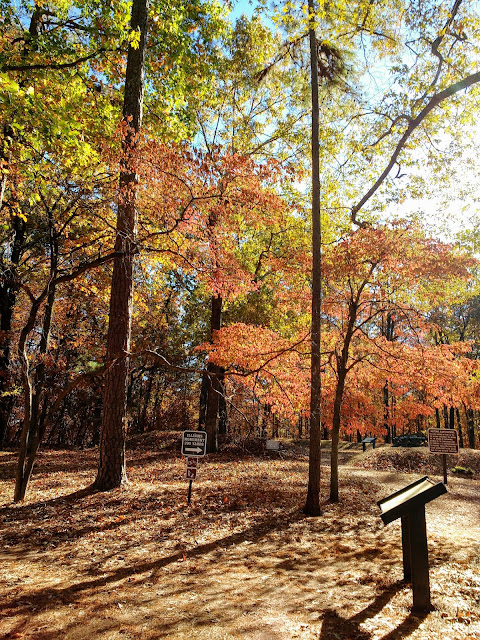 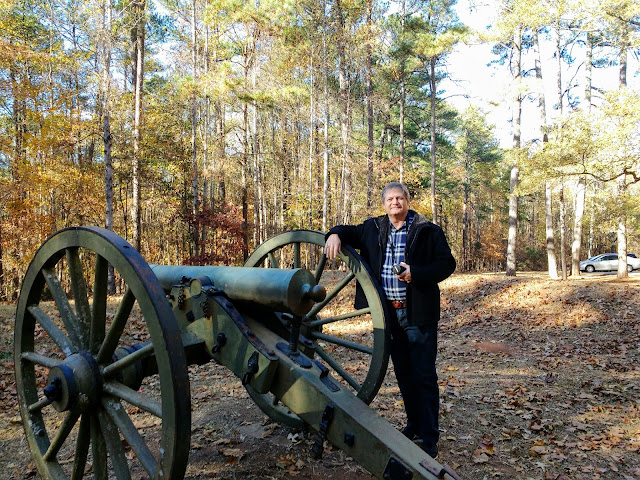 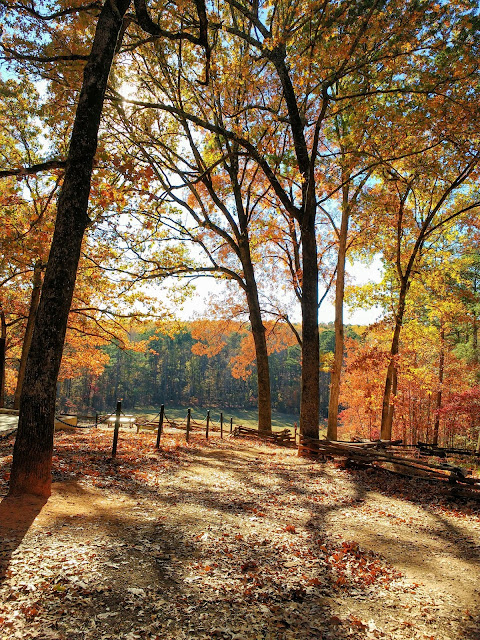 This is the Dead Angle. It is a field that was totally covered in union soldiers' bodies and the two sides called a truce so that they could bury all of their dead. 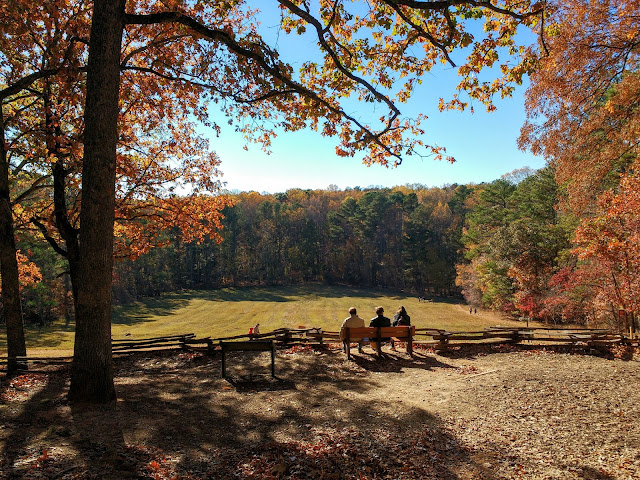 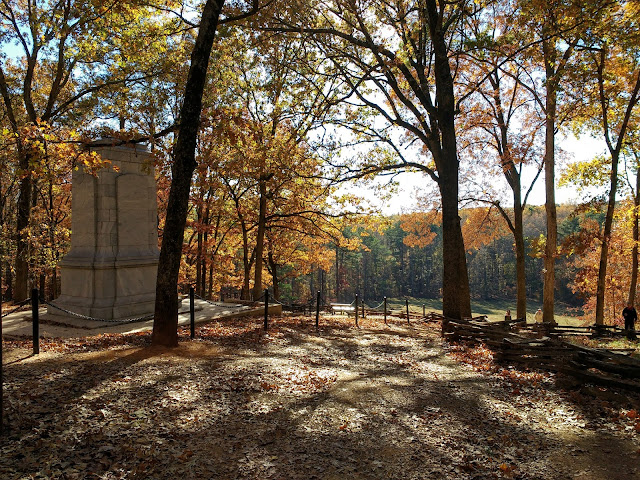 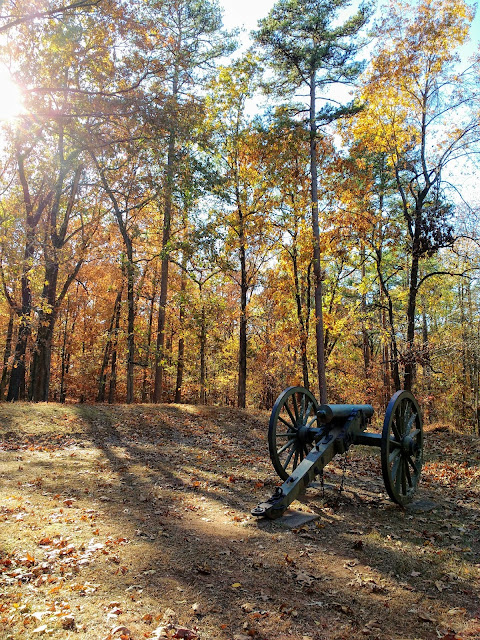 If you are interested in learning more about Kennesaw Mountain, this is a good reference.
Next up, adventures in Denver.