Just doing my bit for the New Zealand Board of Tourism

My last two days passed quickly. Anne and I had accomplished what we had hoped, which was sorting out Mum's belongings and making a start on getting her house ready to sell. I had spent some quality time with Mum and spent three hours leading sing-alongs with her group. I said goodbye to Mum on Monday, so all that was left was relaxing after the busyness and stress of the last week.
And relax we did.
Except for John, who is enclosing the poles of their house to make more living space.
What you don't see about this frail sturdy scaffolding is that it is about 30 feet above the ground.
Yikes.
I ventured out on it and felt quite wobbly in my tummy, but John is an old hand and struts his stuff with abandon. 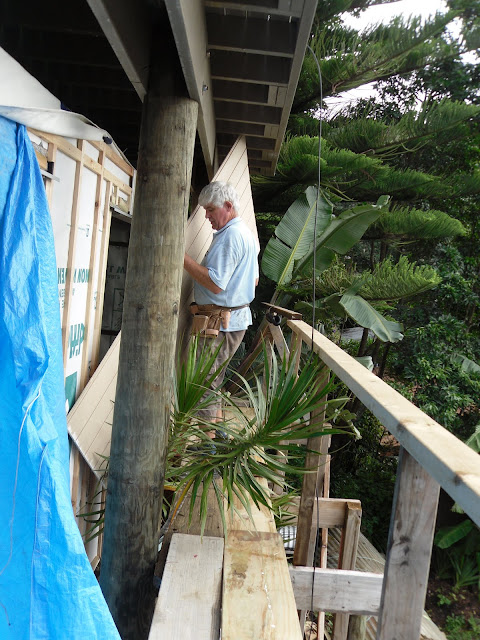 In no particular order, we ate awesome fish and chips on the beach at Whangamata. 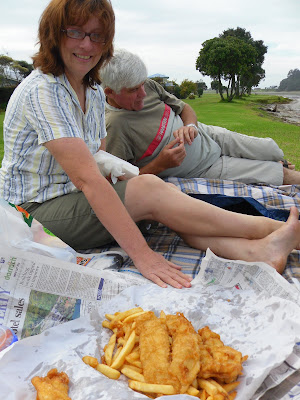 We drove up the coast to Opoutere and went for a short hike in the forest.
This is looking over Wharekawa Harbour, where the trail begins. 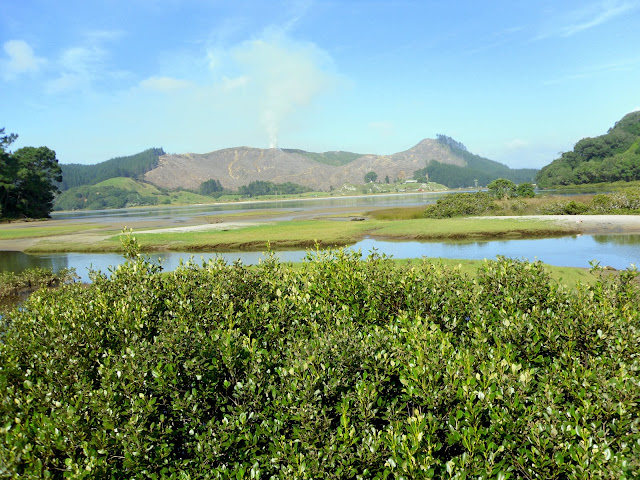 The forest floor was littered with these beautiful mushrooms. 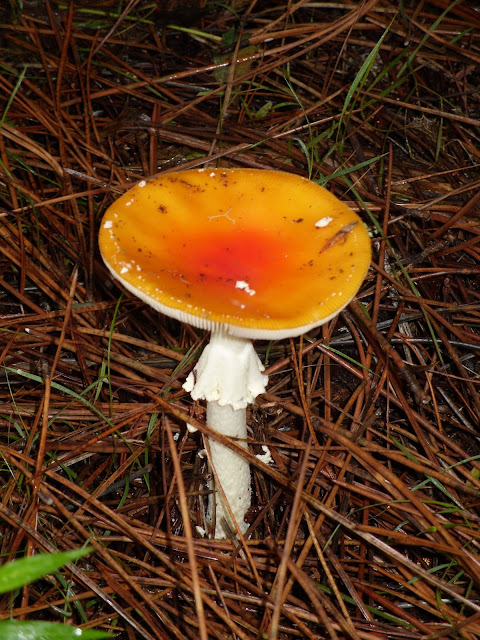 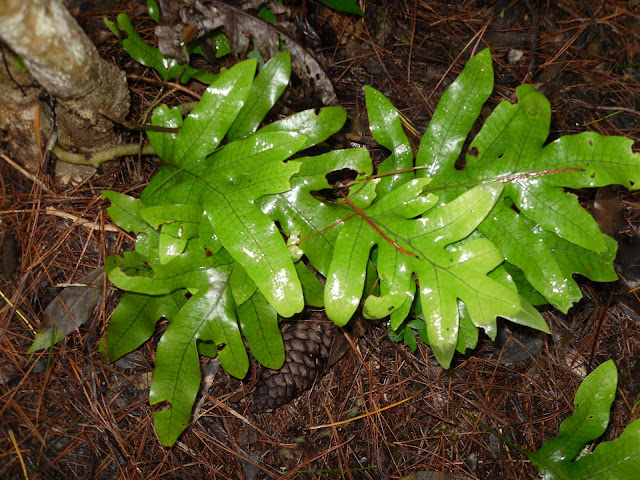 We drove on a little further around stomach-churning curvy roads to Tairua, where the twin-coned volcano, Mount Paku, awaited us. Tairua Beach, at the base of the volcano, is the site of the earliest evidence of Polynesian settlement.
There she is! 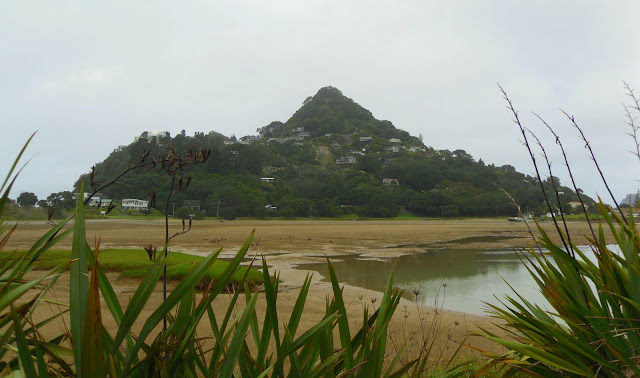 We drove as far as the road would take us and then hiked the rest of the way to the top.
Here we go... 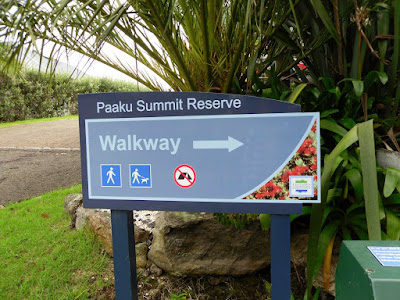 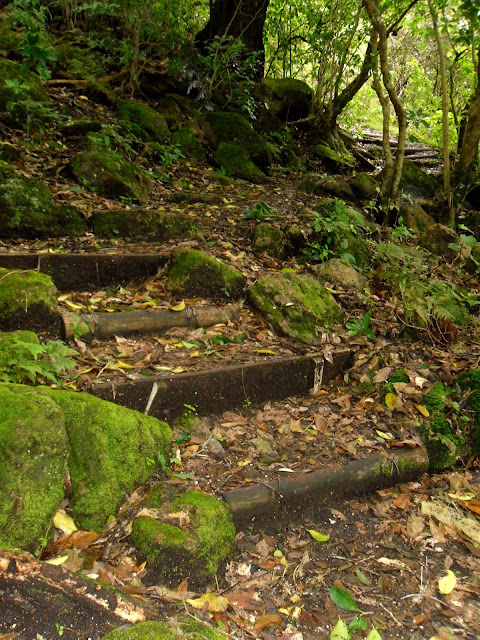 The bush was full of birdsong, especially the tui. I recorded the song but it didn't turn out too well, so here's one from YouTube.
Looking down at Pauanui and Tairua. 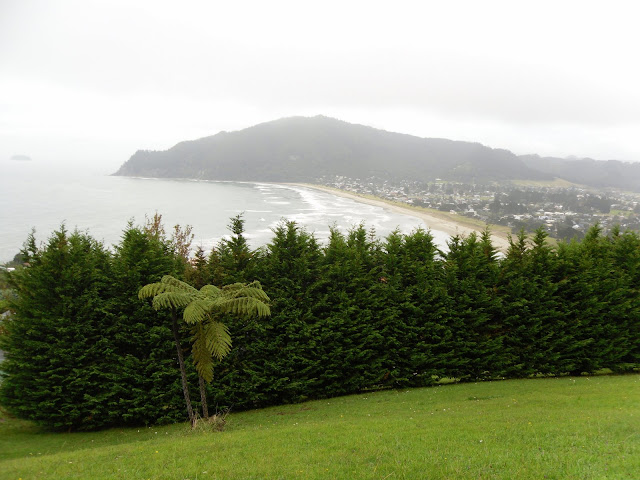 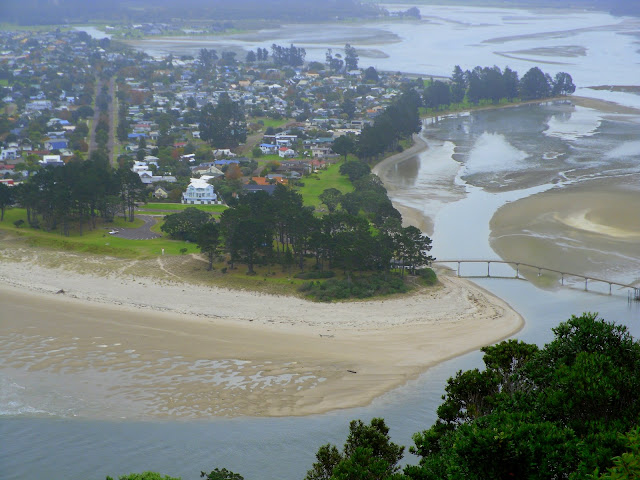 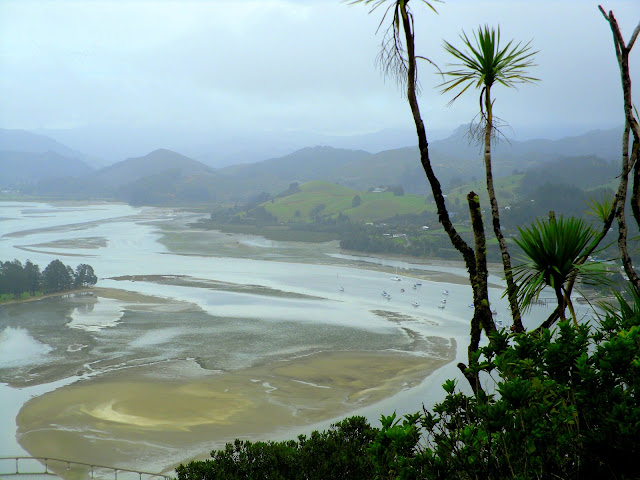 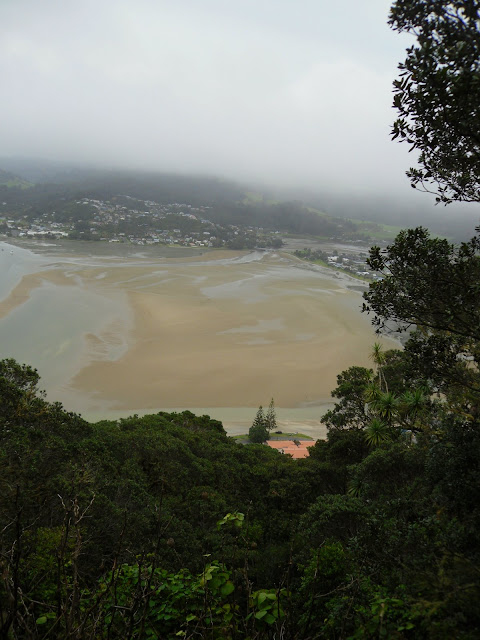 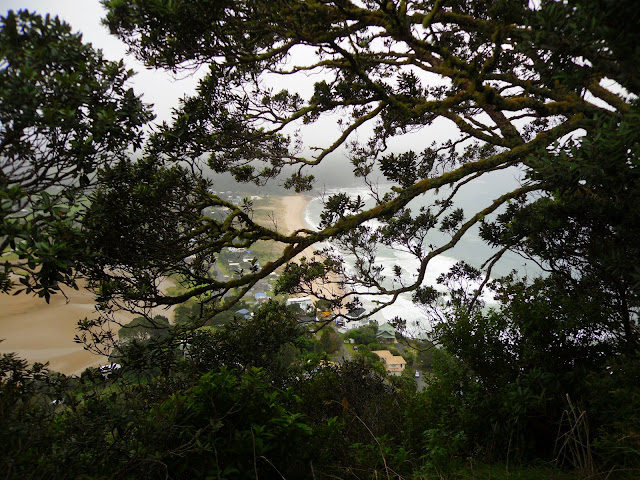 After consulting with the local tourist centre, we decided to attempt a walk along the ridge, although directions were decidedly vague.
It was muddy and steep and slippery, but we did our best. 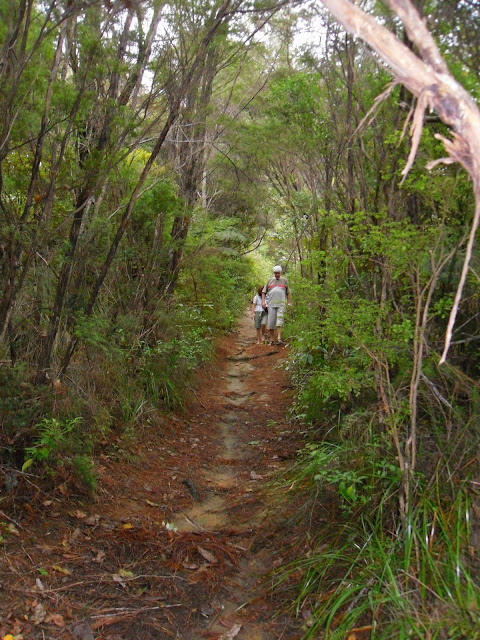 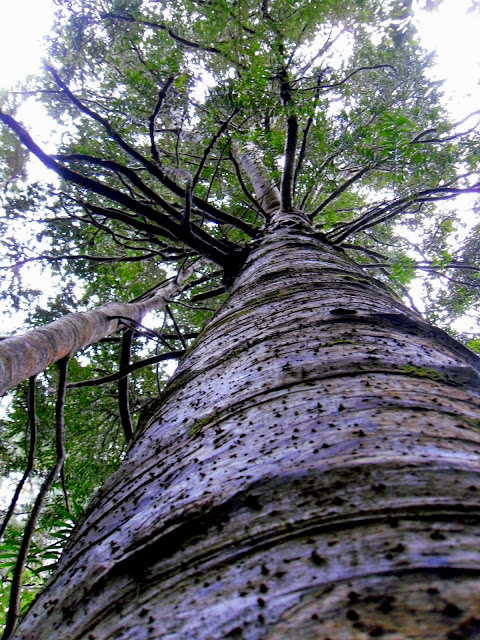 Anyone up for coming with me next time?
Posted by Sue O at 3:30 PM