Snippets from the Ranch

Sunsets are always a delight out at the Ranch, especially on the days of unremitting heat when we are forced to run the noisy old window air-conditioner. The temperature cools down rapidly once the sun hits the horizon, and we gaily open all of the windows and fine-tune our bodies for every breeze that wafts into the house. 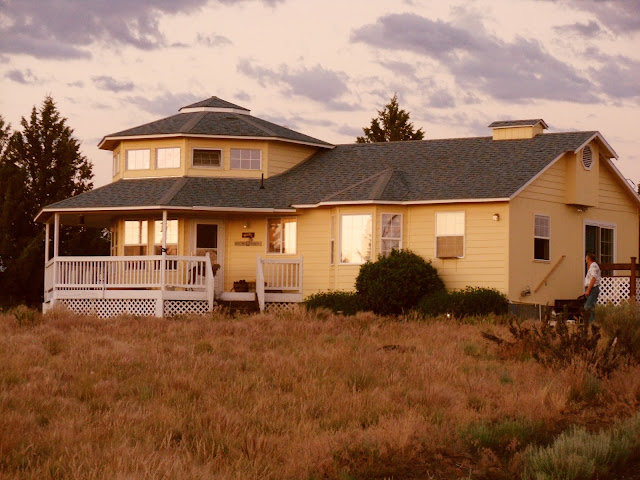 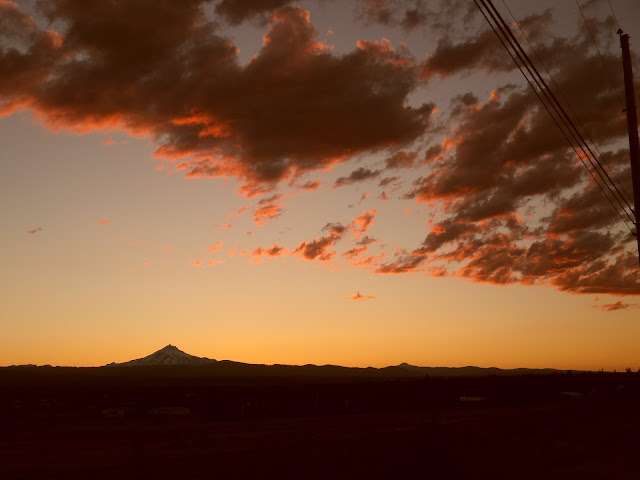 There were thunderstorms in the mountains on Friday and I sat and watched the lightning flickering in the clouds and listened to the thunder. 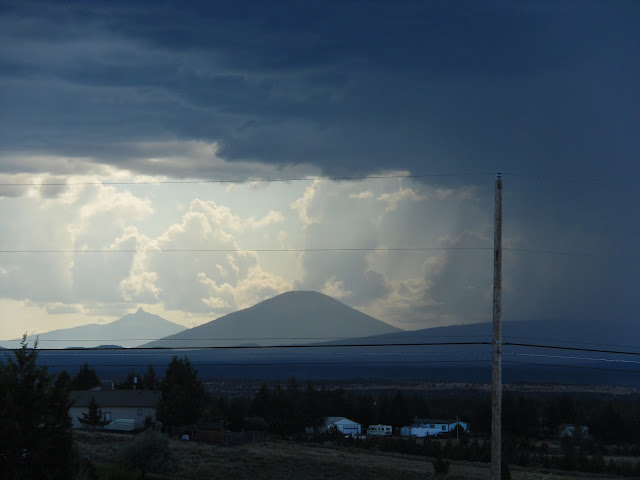 Unfortunately, the lightning strikes of last week (1,900 in twenty-four hours, according to one news report) have caused forest fires and one tree faller who was  helping fight the fires was killed by a falling tree snag.
The air has been smelling faintly of smoke and the sunsets colourful and hazy.
I caught the sun as it was hanging on the edge of the mountains. 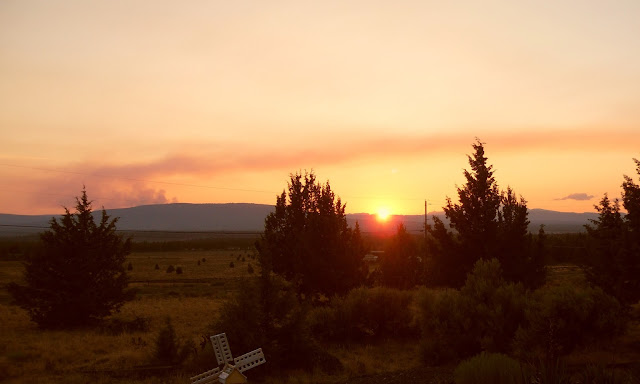 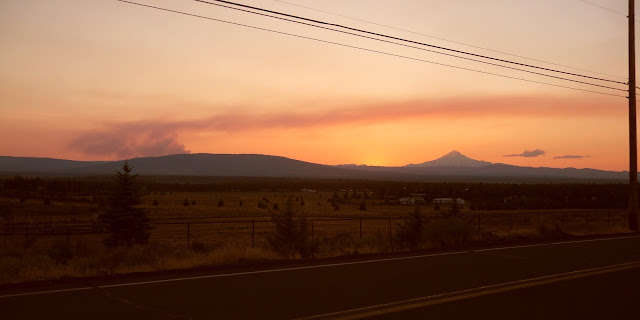 The moon was large and orange a couple of weeks ago.
I discovered the difficulty of capturing the moon at dusk. 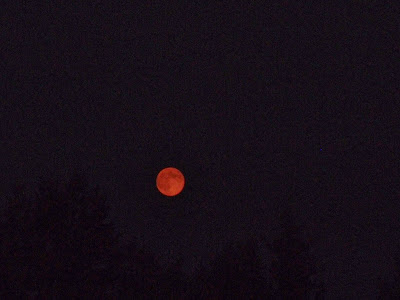 We've had a few visitors to our little abode lately.
Some of them were invited. 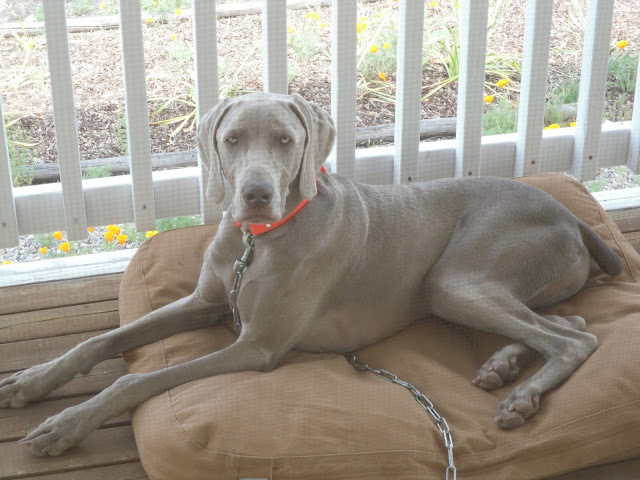 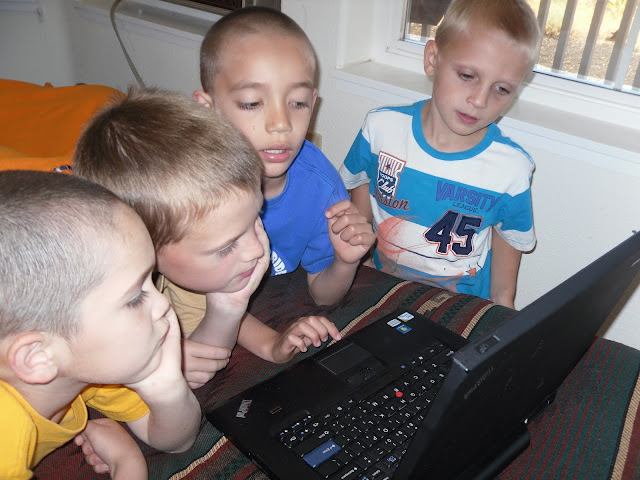 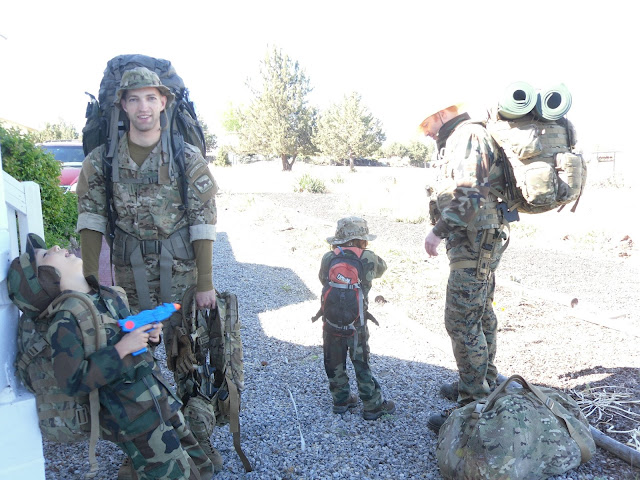 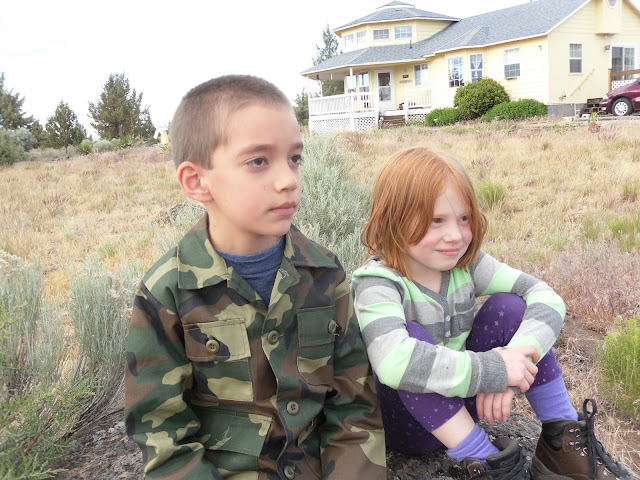 Some of them weren't. 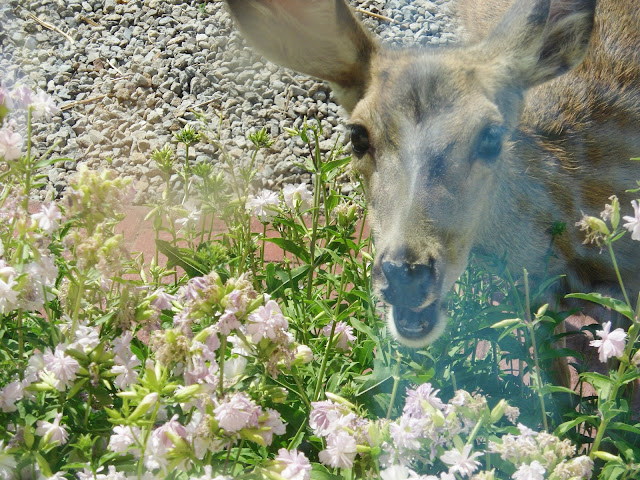 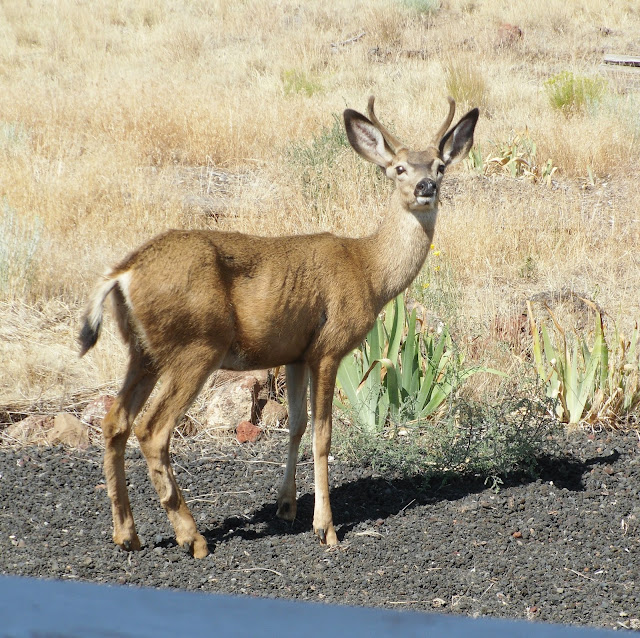 They helped themselves to our flowers anyway. 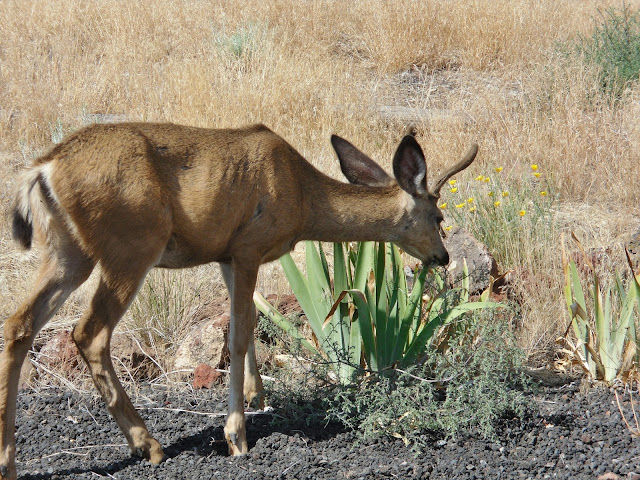 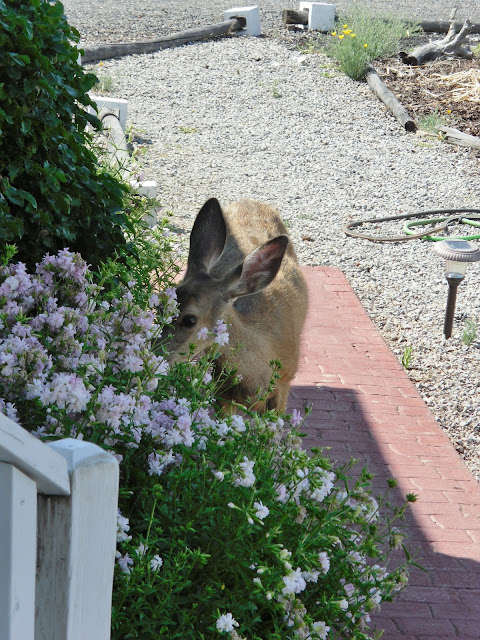 Remember the poppies?
They are all dried out, so I spent a pleasant interlude on Friday morning (when I wasn't watching lightning or deer through my front window) collecting poppy seeds. I got a cupful without much effort at all. 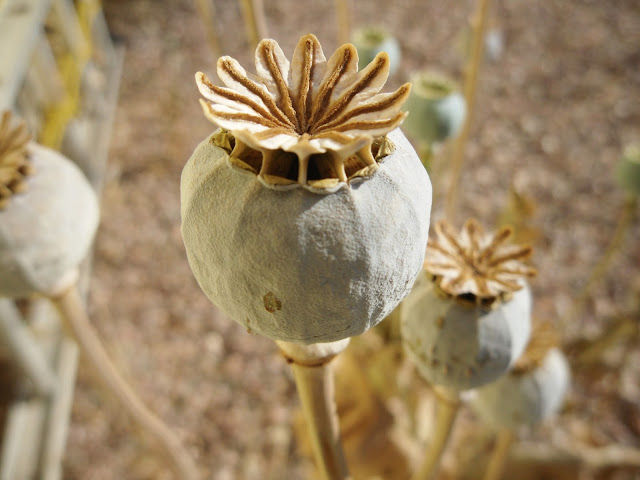 I spend some time, almost every day that I am out here, pulling Russian thistle, the local incarnation of tumbleweed. A few weeks ago, I pulled up a particularly large one and found this nasty bug among the roots. 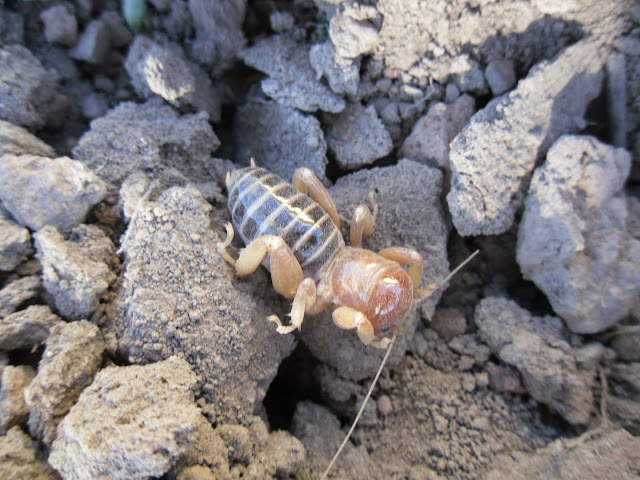 I put it in a large cup with some dirt so that I could show the kids when they arrived for their week of camp, but lucky I took a photo because when we went to look at it, someone (or something) had knocked over the cup and the bug was nowhere to be found.
Now I am wondering if another critter ate it.

The fun never ends out here at the Ranch!