The most dangerous food is wedding cake. James Thurber.
By the end of this post, you will be forced to concede that this title is a clever one.
Yes, you will.
So, what exactly does it take to make a four-layer wedding cake, twelve hundred miles from home?
1. Five pounds of butter
2. Four dozen eggs.
3. A can of cherry pie filling. 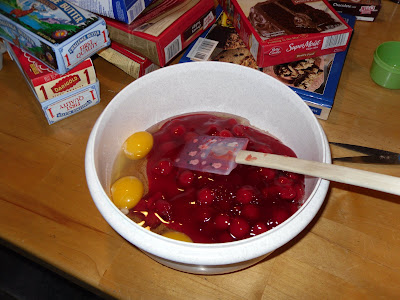 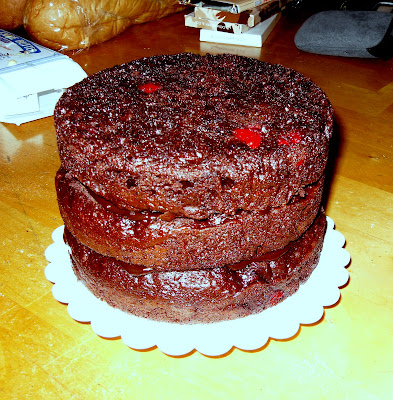 5. Half a gallon of heavy whipping cream.
6. Five pounds of flour.
7. A large amount of cocoa powder, baking chocolate, and chocolate chips. 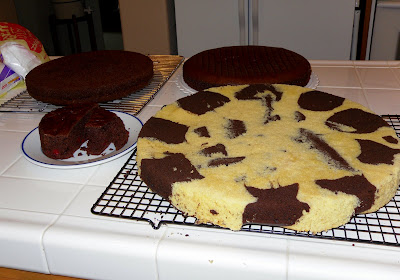 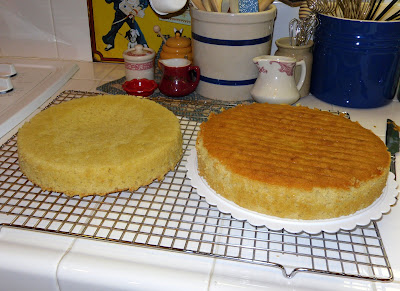 10. The well-stocked kitchen of a new friend. 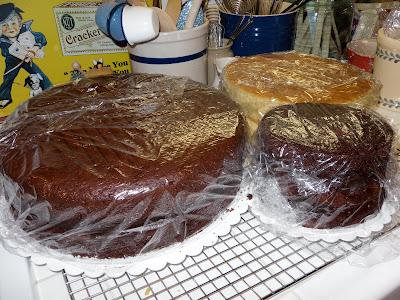 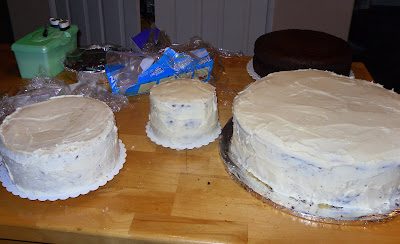 13. Some Dove Promises, lovingly shaved and applied to the bride and groom's layer. By the bride. 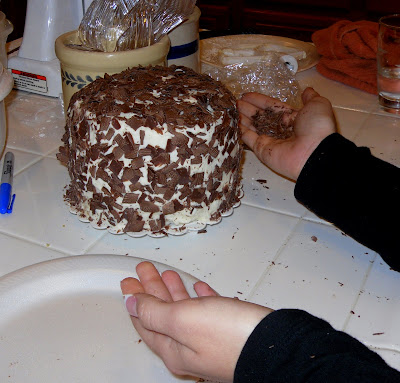 14. Ten hours.
15. Two more friends to shave and apply chocolate to the 12" layer. (Thank you to Shauna and Pam from my poor, cramping hands.) 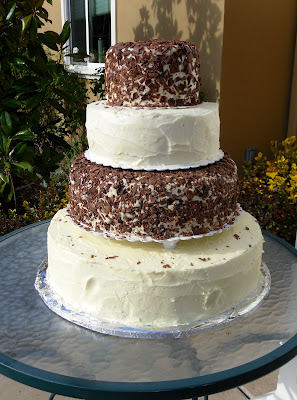 16. A rag-curled princess to watch over the proceedings. 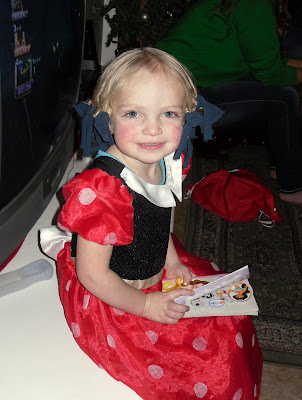 17. And a cousin of the bride to apply flowers to the assembled cake. 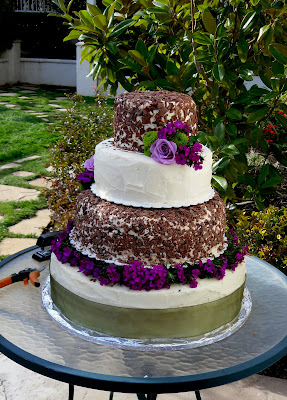 As the bride walked past the cake, she waved her royal hand and pronounced that it needed a big flower on top.
The task was duly accomplished, in a surprising way, which will have to be published later as I missed the photo.
The suspense is killing you, I know.


EDIT: I cropped this out of one of the official wedding photos, so it's not very good resolution. The flower on top is an ornamental kale, with a couple of roses.
Probably the only wedding cake to ever be topped with kale.

And one of the less unflattering photos of moi and spouse. 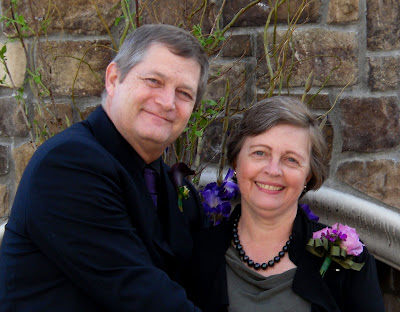