Early Monday morning, we drove from Adelaide down to Port Jervis, where we caught the ferry to Kangaroo Island. After de-boarding at Penneshaw, we started the drive to Emu Bay, where we had reserved a cabin. We were a little worried about the cabin, having experienced varying conditions in our accommodations thus far, Jeff's main complaint being the state of the showering facilities. We stopped at a couple of galleries on the way and spent our wad, trying to cover all of the people for whom we wanted to buy gifts.
We stopped at Kingscote on the way, which is about 15k from Emu Bay, to get dinner. Where we had, you guessed it, fish and chips, yet again. We decided we were officially sick of fish and chips.
We need not have worried about the cabin. It sat on the side of a hill overlooking Emu Bay. This was the view from the sliding glass door. 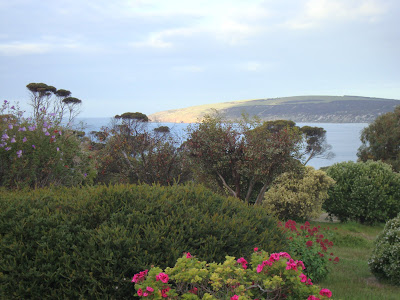 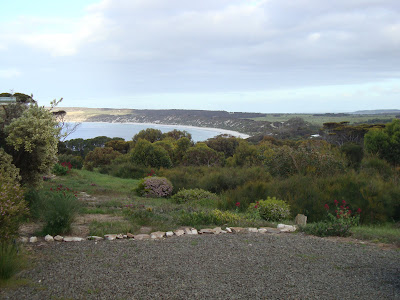 And inside was just as lovely. We had stocked up on groceries and the kitchen was well supplied with equipment, including a toaster for the several packets of crumpets that I had bought. Mmmm, toasted crumpets and hot chocolate for supper! 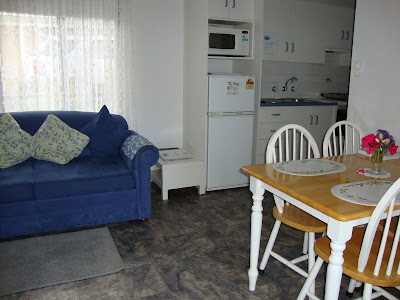 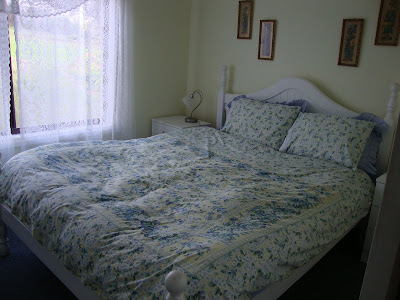 The shower was all Jeff could have hoped for. The only downside was that Emu Bay is not hooked up to a water supply, so they rely on rainwater. Short showers for us! 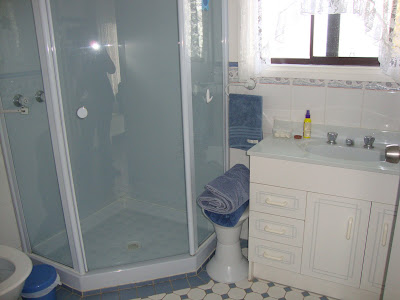 We went for a walk before the sun set and caught this, looking over the gardens by our cabin. 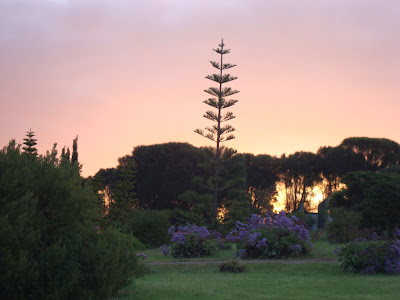 Then the views over Emu Bay. The lighting was quite splendid, although I'm afraid the photos didn't really capture it. 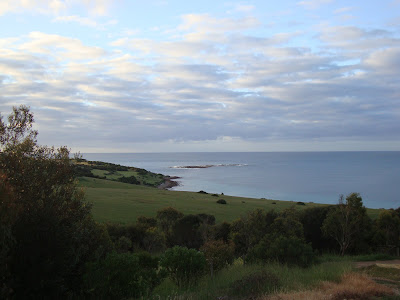 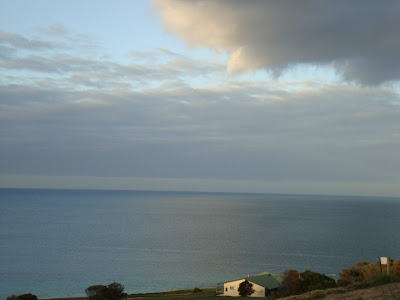 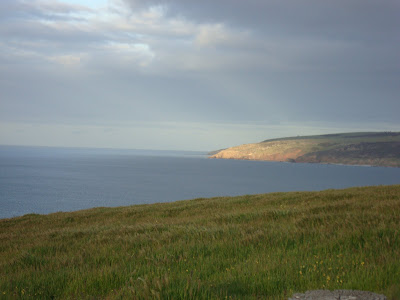 This is one of the famous Ligurian bees. They were imported to Kangaroo Island in the 1880's and are famous for their productivity and docility. They are the last pure strain of Ligurian bees in the world because they have been isolated from the mainland. Hence, they do not have the diseases that plague other bee populations and so the apiarists have no need of antibiotics or other chemicals. Kangaroo Island is a bee sanctuary and they are very strict about quarantine regulations. Honey products are a big tourist draw. And yes, we succumbed! 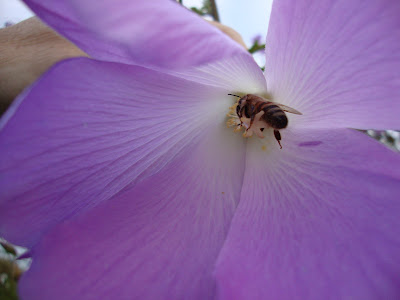