We rarely drive the northern road from our town to Tillamook, so we had never before noticed the Tillamook Forest Center. It looked enticing, so we decided it would be a good place to stop on the way home.
And stop we did.
The house on stilts is a fire watchtower. I have been fascinated by these ever since finding out that some dear friends spent their first summer together living in one, over forty years ago. You can actually rent some of these during the summer, although they are at remote locations and you have to hike in.
Someday, maybe. 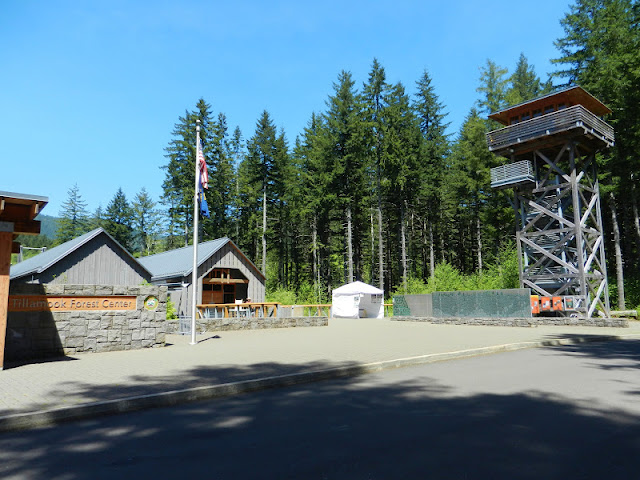 The day was very warm, so we spent some time hanging out inside the air-conditioned centre, watching the film about the Tillamook Burn and exploring the displays. The Burn is an important part of Oregon state history.
There were four fires. The first was in 1933 and it started when a logging chain rubbed against a snag, causing it to burst in to flames. The fire burned from August 14th and was extinguished by rain on Sept 5th. The wildfire burned 240,000 acres of forest. It was a serious loss to the Oregon timber industry and to a nation already struggling in the Great Depression.
Three other fires followed, at six-year intervals, but none were as destructive as the first.
Salvage operations began before the embers had completely cooled, but the question was what to do with the land, which was at that time owned by Tillamoook and Clatsop counties. A deal was brokered that the counties would deed the land to the state, which would in turn take care of the reforestation. The counties would then get money when the wood was harvested. This deal pretty much guaranteed a continuing tug-of-war between forest-products industry and counties, who want more logging, and environmentalists, who want very little logging.
There were many attempts at reforestation, including scattering 36 tons of Douglas Fir seeds by helicopter and airplane. There was no precedent for replanting a forest on such a large scale. It was eventually discovered that planting by hand was the most effective way and forestry crews planted 72 million two-year-old seedlings.
After ingesting all that information and also enduring a personal first-grade-level demo by an eager volunteer on how to fire-proof the outside of your home (including fake flames and movable shrubs) we escaped outside and had a little snack. 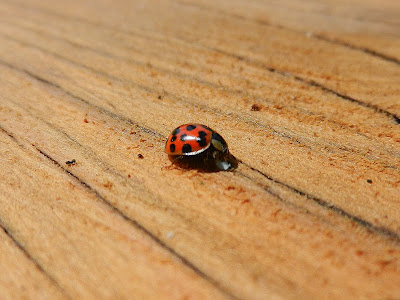 No, silly, not the ladybird!
I was just slightly impressed that my camera could get that close a shot.
After snacking, we walked around the building to the other side and soaked in some of the now lush and thick forest.
Warning: more fern photos! 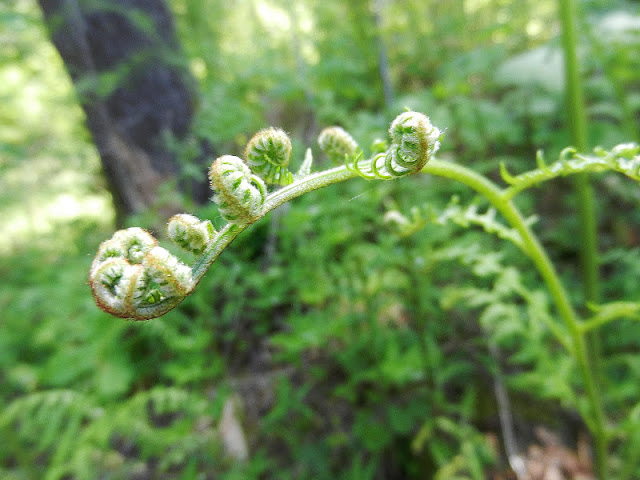 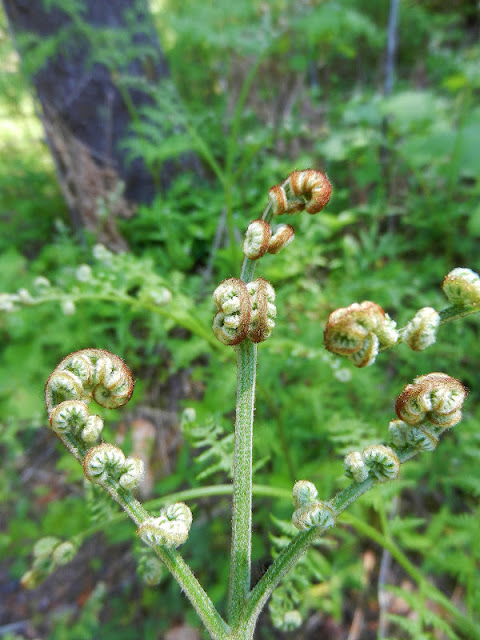 A river runs behind it. 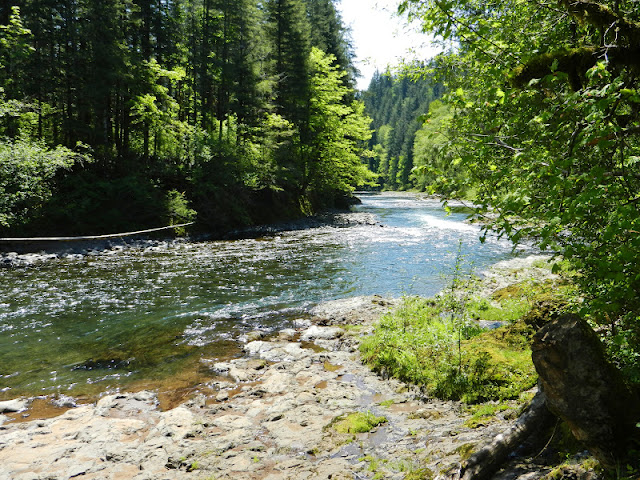 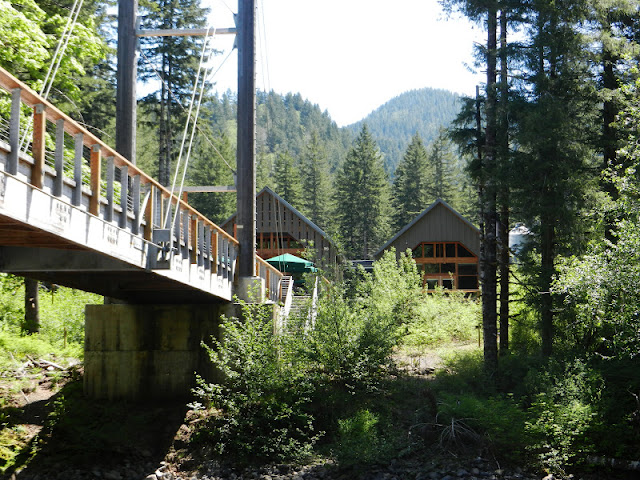 Did I mention that I really love ferns? 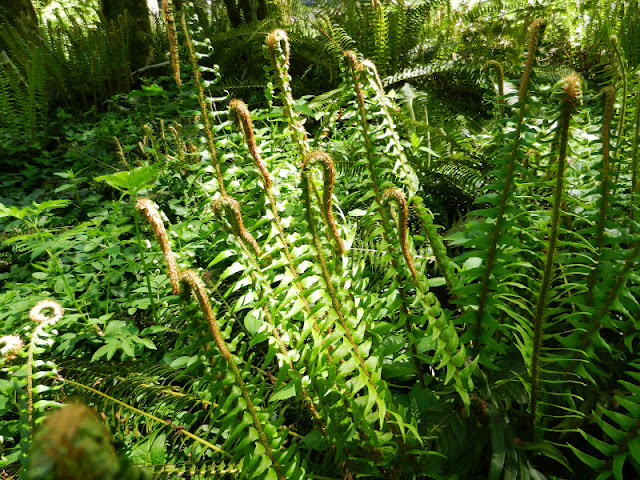 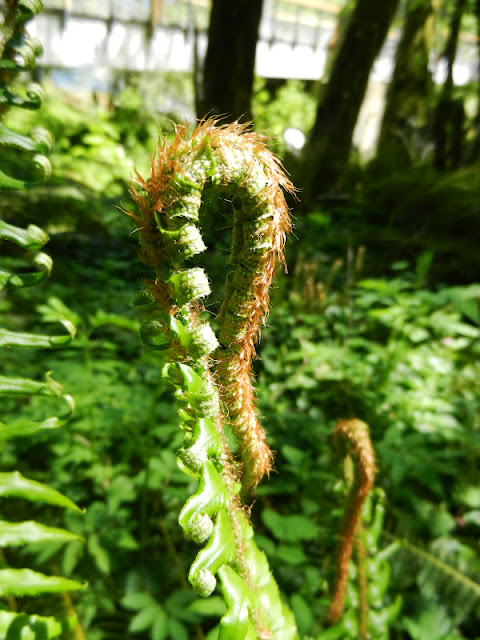 And then we went home.