The greenest place on earth

Last month we escaped to the coast for the weekend. My Groupon of choice was to the Ashley Inn and Suites in Tillamook.
We wended our way around the back country roads and feasted our eyes on the brilliant sunshine and the green fields and hills. 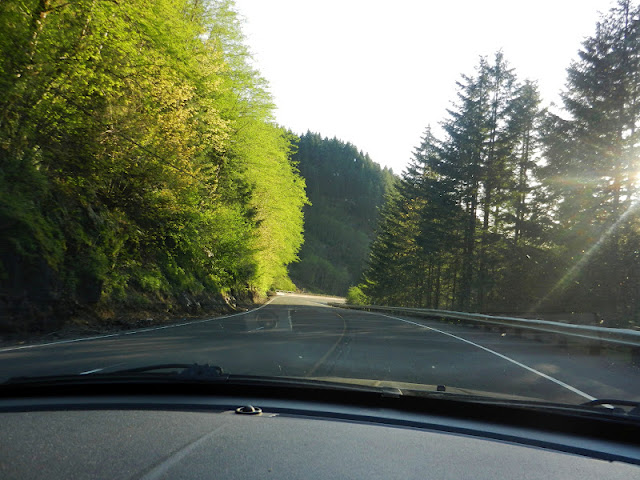 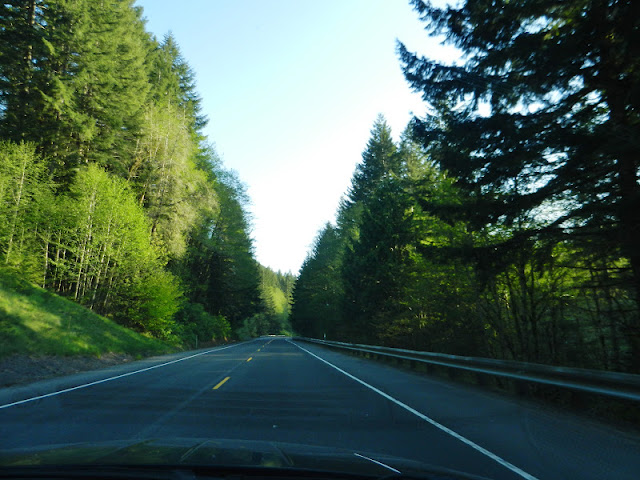 This is the Tillamook National Forest, a place of history and hills and lush green landscapes. There are places where the forest is in states of clear-cut and regrowth, but most of the road looks like this. 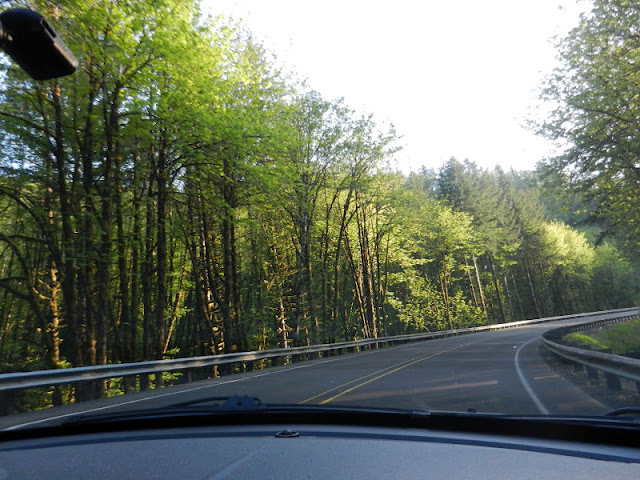 As beautiful as the scenery was that rolled past our view, we were glad to see signs that we were nearing the town of Tillamook.
Cows, my dear.
Cows. 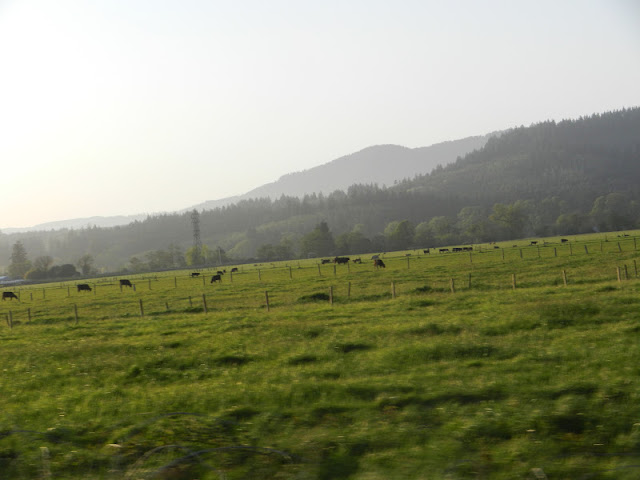 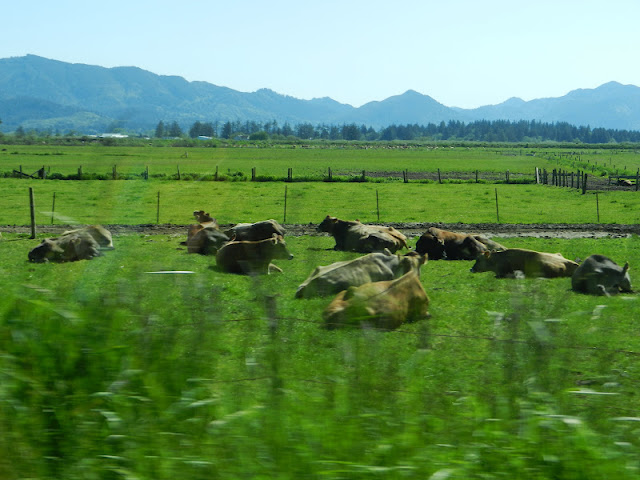 Tillamook is the home of the best dairy cows in world.
Or so we Oregonians like to think.

The Ashley Inn and Suites is part of a national chain and it, along with a Shiloh Inn, is about the only accommodation in Tillamook.
Our room was large, with a sitting area, two televisions, and a nice welcome basket filled with Tillamook Cheese Factory goodies. The bed was comfortable and, as usual, I didn't care about the pillows because I carried my own. 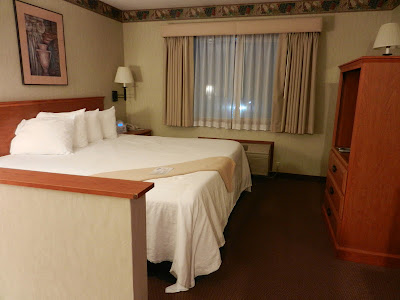 The hotel lacked something, though. I couldn't help comparing it to the lovely Garibaldi House that we visited over New Year's weekend. There were so many extra little touches that made the Garibaldi House unique, welcoming, and comfortable, which I covered in this blog post. The Ashley, in contrast, had no ocean view, as it is slightly inland. The breakfast was mediocre compared to the chef-prepared morning fare in Garibaldi. The towels were unexceptional, the toiletries minimal. The lobby had none of the homey features like snacks and drinks and evening vittles and a puzzle by the elevator. It was, in short, lacking personality.
The strangest thing of all is that rooms at the Ashley run around $130 a night in the summer, compared to $109 to $139 in Garibaldi, depending on ocean view and number of beds. This is very puzzling to me.
Garibaldi, however, is almost completely devoid of interesting activity, which is a bit of a handicap.
So here's what I would do if I were you and I wanted to spend a weekend on the northern end of the Oregon coast. I would stay at the Garibaldi House, which is a mere eight miles north of Tillamook. Then I would drive down to Tillamook for the day and visit the natural wonders that I will tell you about tomorrow.
I know.
Bated breath.
Hold on, my lovelies!
Posted by Sue O at 10:18 PM