It was a dark and stormy night....
If you've been reading for any length of time, you know that Jeff and I give our grandchildren gifts of experiences, rather than the usual toys or clothes. Last year in July, I told Bethany we would pay for swimming lessons for Josh for his birthday. Time went by...and by....and by, until I finally learned that Josh didn't want swimming lessons. He is scared of many things, remember? Water is one of them.
So I planned an outing for Josh and Thomy to the art studio, thus taking care of T's birthday in May this year and J's birthday last year.
Whew. Sometimes the tracking of all this stuff gets a bit convoluted for my aging brain!
So, on a sunny Friday morning, off we trotted to My Masterpiece Art Studio, the setting of many happy outings for the Osborne progeny.
The first time I took Josh there he refused to make a project and just watched his siblings and cousin. Towards the end of our visit, he decided he wanted to participate, so I let him use some of the clay that the other kids were using, dabbling his toes in the artistic waters, so to speak. I had promised to take him another time, now that he had decided it was an okay thing.
It was Monster Day again! What are the odds of that happening twice, a year apart?
I told the boys that they could choose two projects each.
Thomy chose a monster collage and painted an articulated wooden weiner dog that looked just like Squeaker.
Josh, of course, chose only the collage and could not be bribed, coerced, or otherwise talked into a second one. 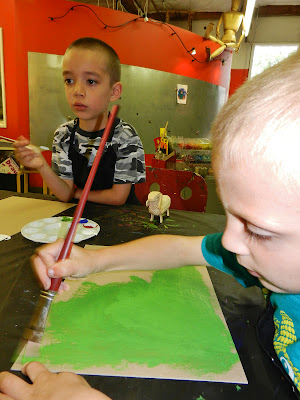 The monsters were pretty awesome-looking, don't you agree? 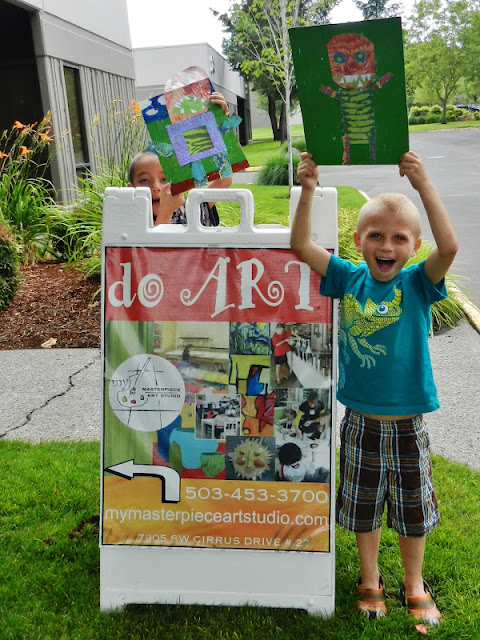 And, just because Josh hardly ever smiles so big on demand, here's another one. 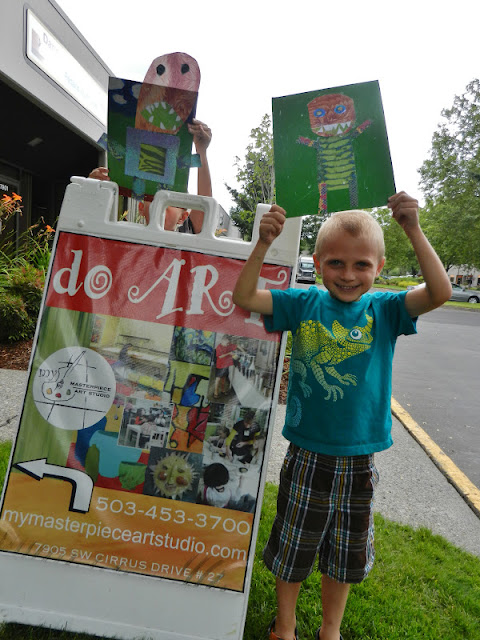 Thomy takes his art quite seriously. 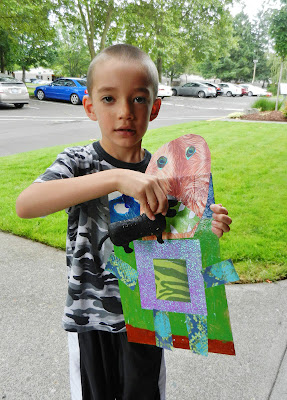 After this we went to Pump It Up, the play zone of inflatable bouncy things, and had lots of fun but no photos.
And, just for a lark, how about some Madelyn photos to sweeten your day? 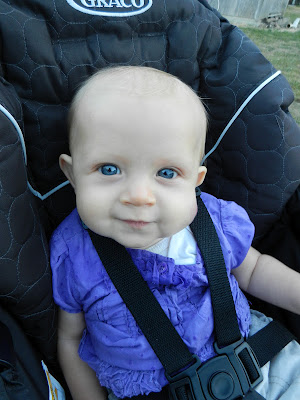 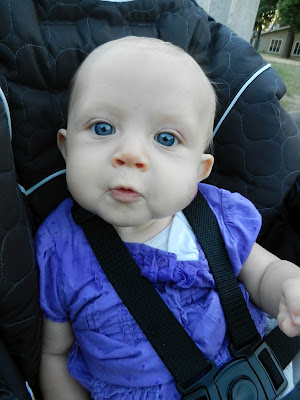 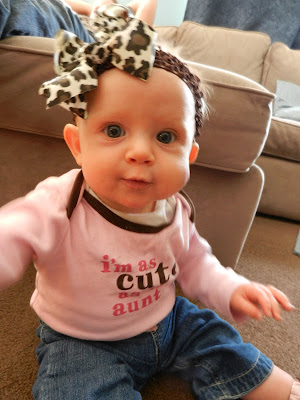 What's that you ask?
What is Josh getting for his latest birthday?
Only tickets to go to a Timbers game with his Papa! I tried to renege on the promise and come up with something else after I found out that all their games were sold out, but someone's Mommy was pretty insistent that He Had Been Told. I swallowed my disgruntlement with ticket scalpers and bought two in the secondary market.
In thirty years, when I am old and decrepit and I ask him, "Josh, what was the best night of your life", he had better say, "The time Papa took me to my first Timbers game"!