Odds and ends from the cutting floor

My dad was ever fond of roses. I remember when we first moved to New Zealand and he was working on the gardens at Church College, he would give Mum a big bunch of roses for Mother's Day and her birthday. No florist ever saw his face. He picked them from the famous rose gardens that graced the front of the school, along Tuhikaramea Road. I must have absorbed the concept, because I still prefer a bouquet that is freshly picked from the garden to any showy display from a florist.
Sorry to any florists that might be reading this!
Dad particularly loved the Peace rose. I remember him telling me the story of how it was named, but had forgotten it until Wikipedia reminded me just now. It's a cool tale.

The cultivar was developed by a Frenchman, Francis Meilland, in the years 1935 to 1939. He saw the writing on the wall and mailed cuttings to friends all over the world, right before the German invasion. Legend has it that it was sent to America on the last available plane before the invasion and propagated by a company here. The rose was given different names in each country, as communication was not possible.
In 1945, Meilland wrote to Field-Marshall Allan Brooke, to thank him for his master strategy that helped to win the Second World War, and to ask if he could give his name to the rose. Brooke declined, saying that his name would soon be forgotten, and a much better name would be "Peace".
And so it was.

Serendipitously, my rain-soaked and black-spotty Rosa Peace bush had one perfect bloom on it this morning, so I picked it and brought it into the house, where it sat on the table and amazed grandchildren with its perfume, and made me think about my dad even more than usual. 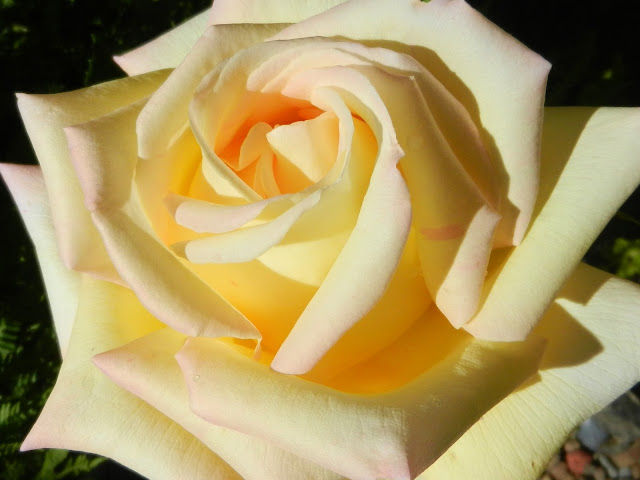 Some favourite friends visited us at the Ranch last weekend, so here are some pics of our adventures.

I never tire of the view of Smith Rock.
I know, you've seen this before.
Well, here it is again. 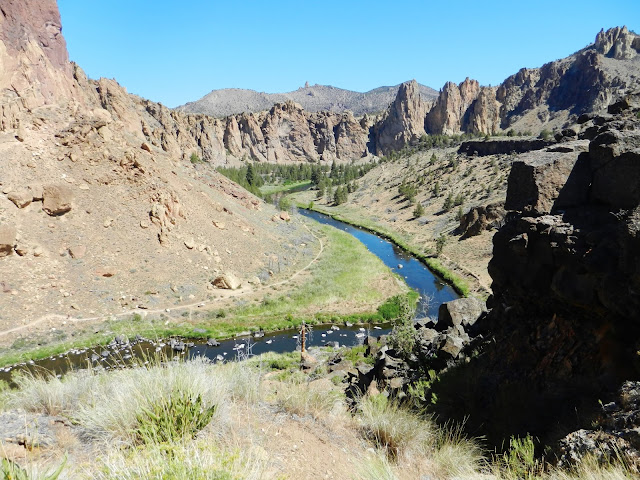 This little songbird serenaded us as we overlooked the magnificent rocks.
I think it's some kind of wren, maybe a rock wren.
Feel free to enlighten me if you know better. 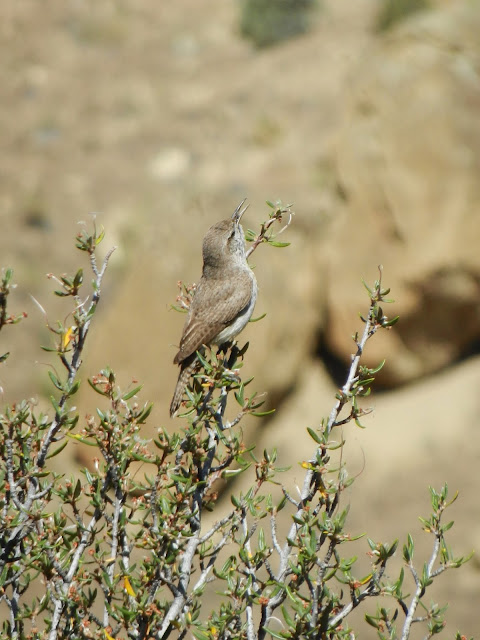 We took a short walk to the head of the Metolius River. It wasn't very awe-inspiring, as far as views go, but it was interesting. 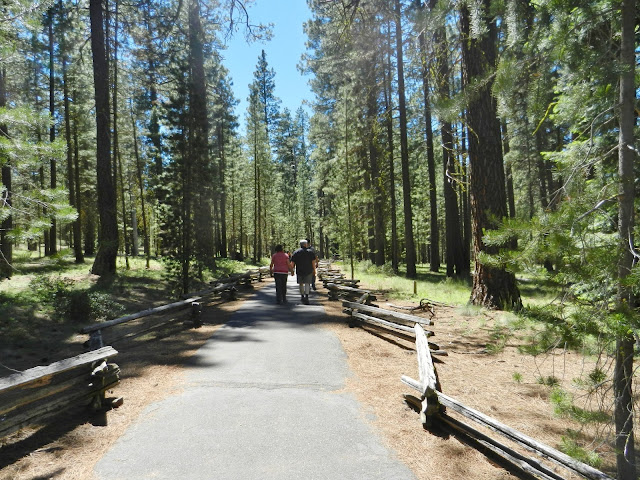 Right here is where the water bubbles out of the base of Black Butte, a cinder cone butte. The locals at the Ranch say that when the snow buffalo is gone from Black Butte, it's okay to plant your vegetable garden. 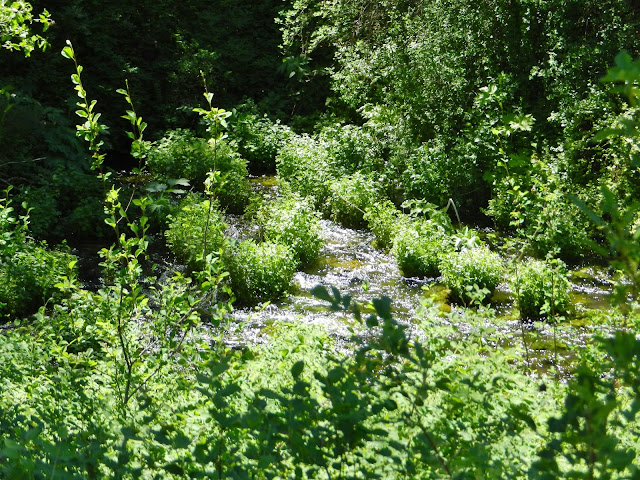 Looking the other way along the river. 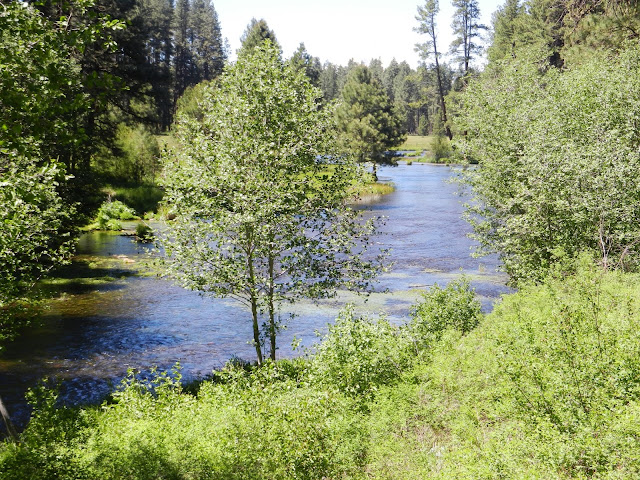 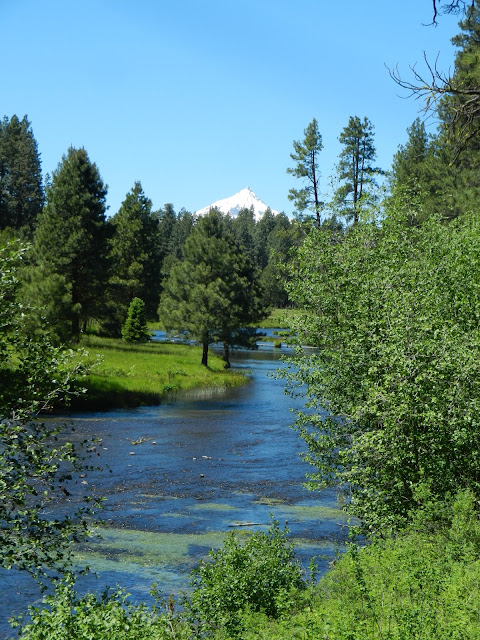 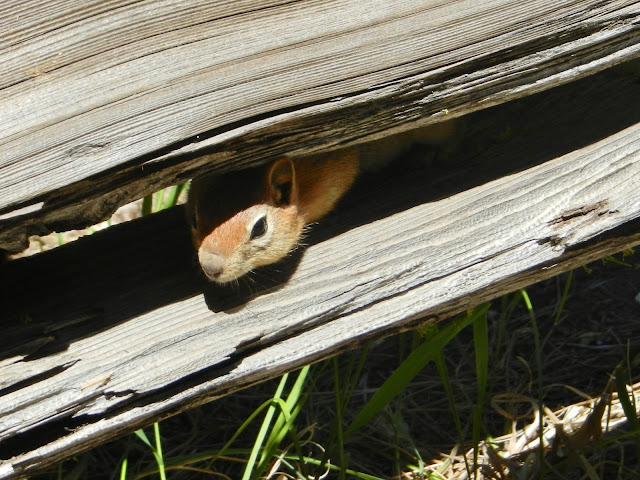 We re-visited the McKenzie River and its lovely waterfalls, as Lori hadn't seen it, and did the same hike that we walked last year.
It was just as breath-taking as before. I do believe this is my favourite river ever. 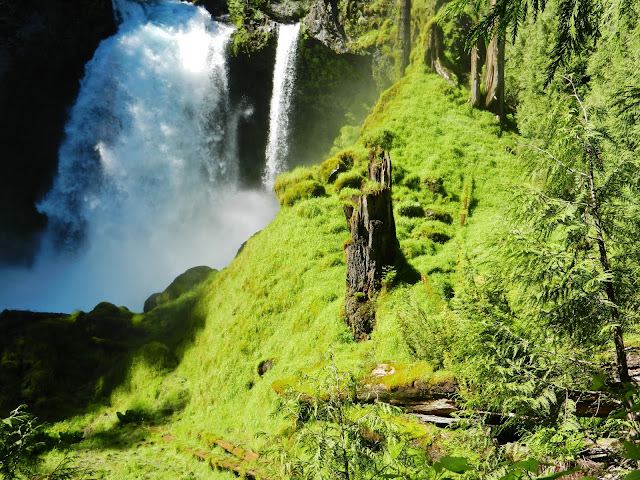 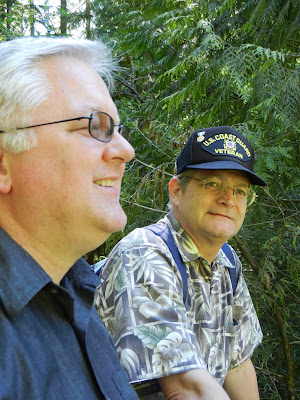 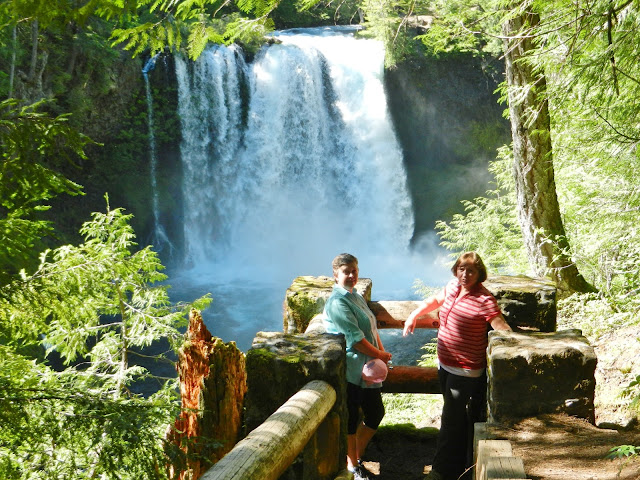 Waterfall rainbows shimmer in the mist and the sun. 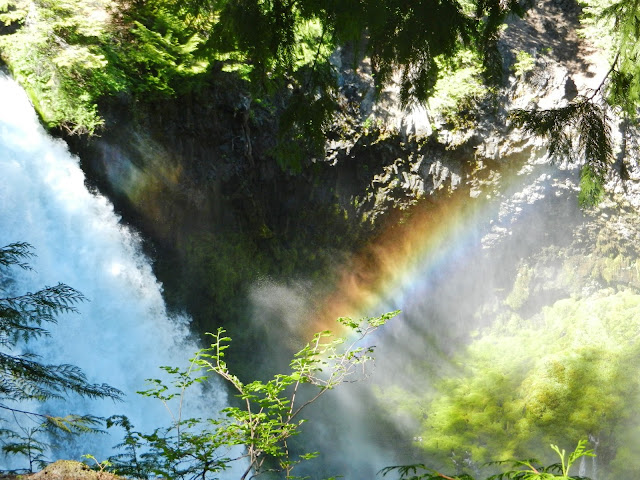 We stopped on a mossy bank and Lige and I quickly removed our socks and shoes and soaked our footsies in the frigid water. It was very refreshing and we agreed that we should do it more often. 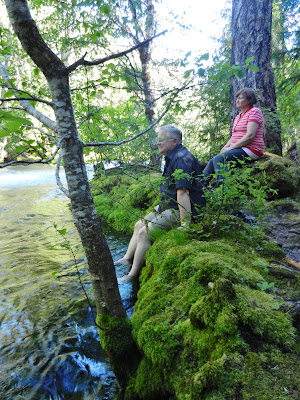 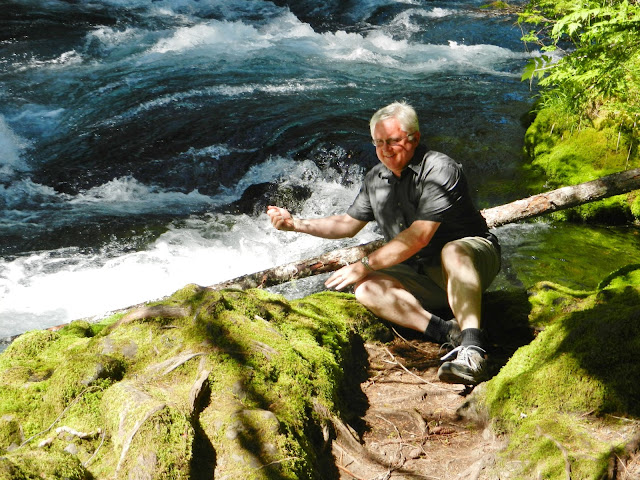 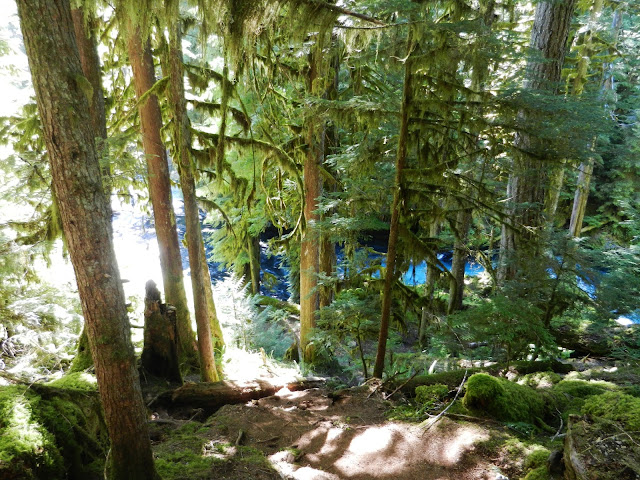 Lige was rocking the bridge and Lori was saying, No, no, stop it! and he just laughed and kept on doing it. 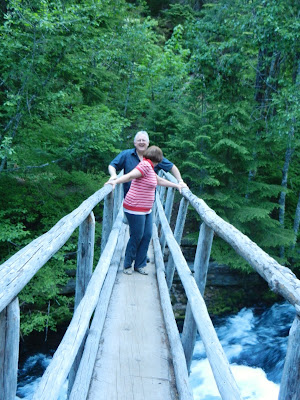 And, in an awkward segue, a photo of my poppy seed head.
My smart-aleck brother-in-law said it looks like a pink tarantula eating a Kiwi laying on a bed of brown rice.
Hmmm. 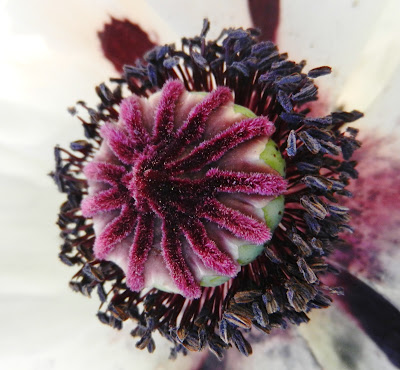 And, our girls had a dance recital a couple of weeks ago.
Kenzie assisted in a class and she danced with them, as well as several other tap numbers.
And guess who no longer chews her tongue when she dances? 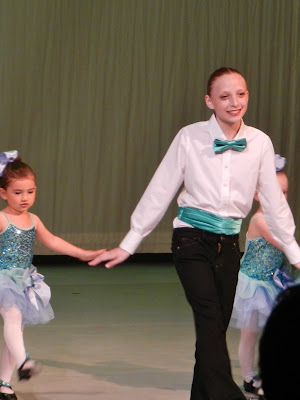 I thought these turned out rather well, considering I was pretty far away from the stage and didn't use a flash.
Miss Natalie was quite the dancer too.
Admit it. These photos are stinkin' adorable. 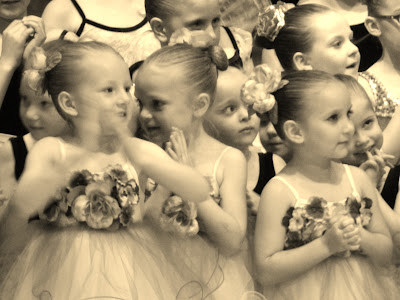 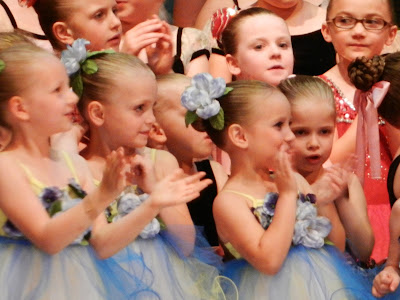 And that was my week.
Hope yours was great.