First, some housekeeping. I turned off comments moderation, so if you feel so inclined and have had difficulty in the past, it should be so easy to leave me a comment now.
After the thrill of hobnobbing with lemurs, we continued our walk and entered the Free Flight Sanctuary. The first enclosure contained a couple of keas. Keas are large parrots that are unremarkable in appearance but are extremely intelligent and full of personality. They are nicknamed clown of the mountains for good reason. They are quite prevalent in the South island and have been known to rip the rubber window seals off cars and steal anything that piques their interest. One particularly brazen fellow even stole a Scottish man's passport! One of the keas we saw that Monday was busily ripping apart a telephone book. Their beaks are formidable.

As we walked on, we saw some smaller, bright green birds flying around freely. They turned out to be kakarikis, the New Zealand parakeet. These fearless birds make good pets and their breeding is encouraged. One of them took a liking to Anne's purse, which you may remember from this post. 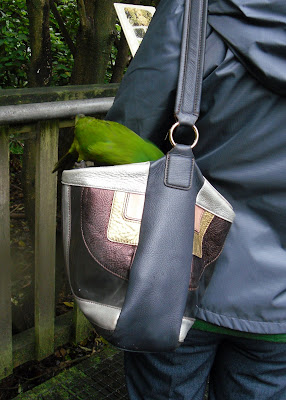 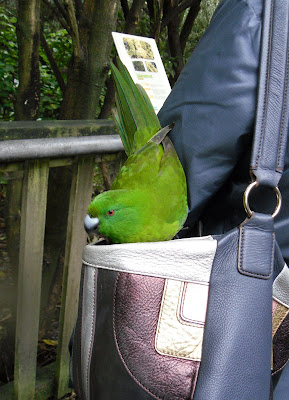 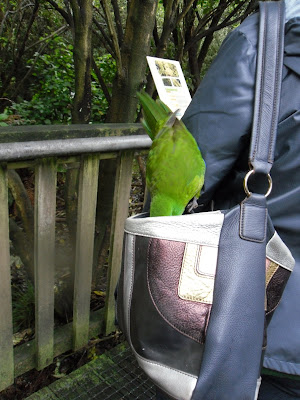 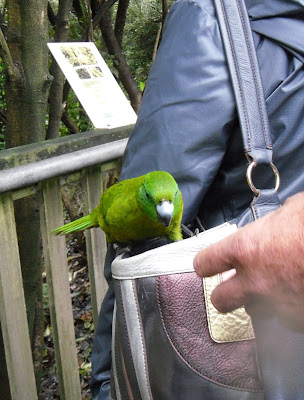 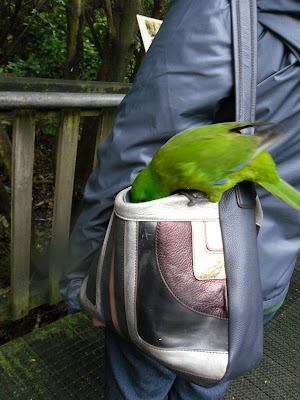 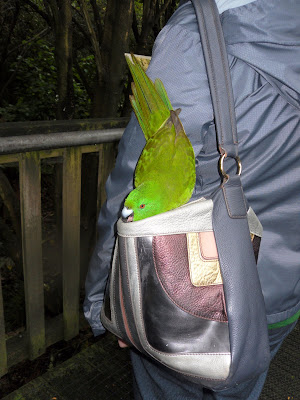 It was determined to examine and tear apart every item in that fascinating cavity, so we eventually had to boot it out.
Whereupon, we were ambushed by several more birds.
John, of course, was happy. 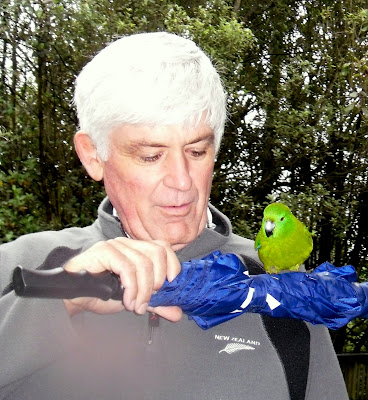 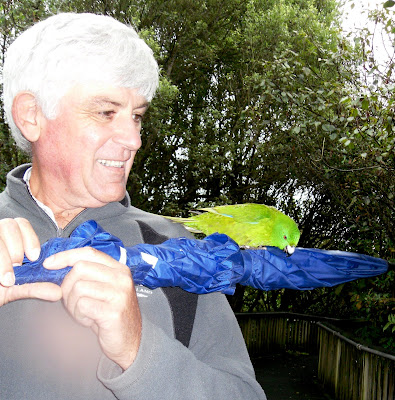 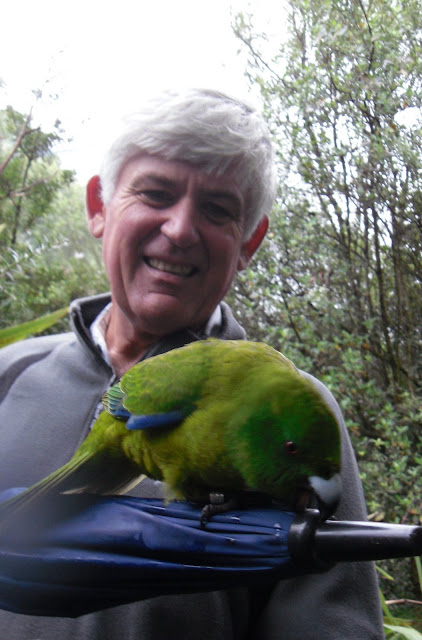 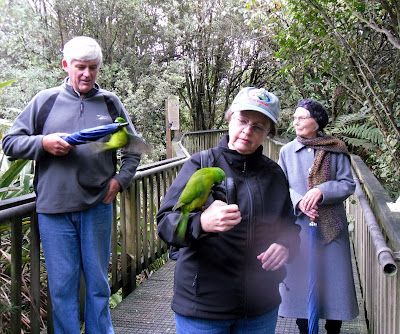 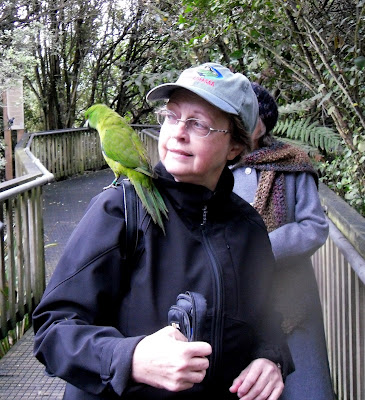 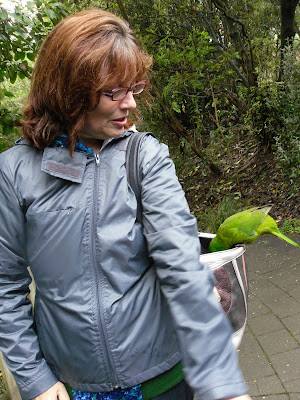 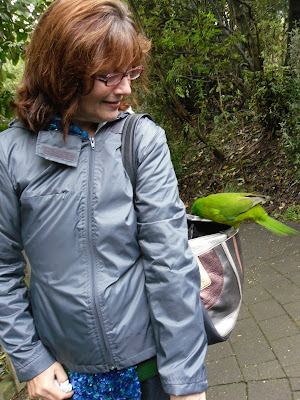 The weather was not improving, so at length we bid a fond farewell to the kakarikis and headed off down the path... 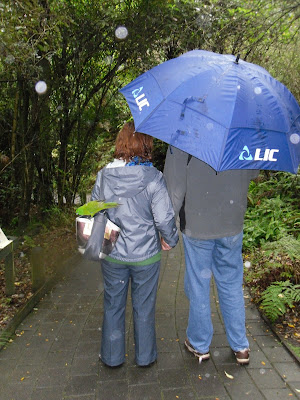 ...to where we had heard there were white rhinoceros babies. 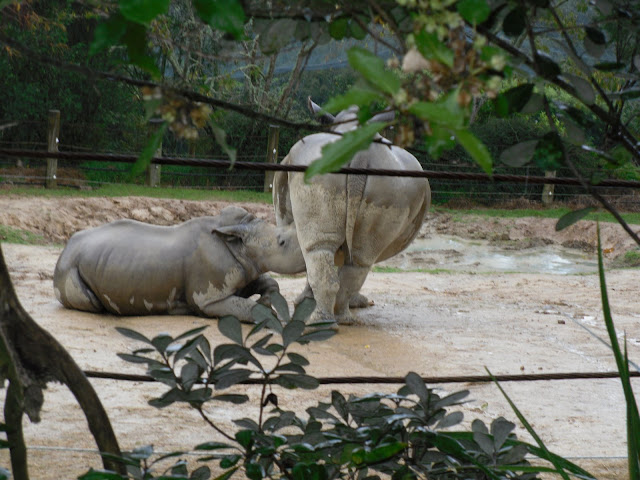 Sure enough, this one was nursing from its mama, right next to the path. Mama felt disrupted as we passed and moved away. Baby (who must surely be a teenager, for goodness sake) became petulant and started whining. Mwree, mwreee, it trilled, in a high, fractious voice. We laughed and wondered how it managed to latch on without goring mama to death. She eventually conceded the point and let baby do its thing again. Turns out baby tilts its head at a strategic moment before fastening on.
In case you were wondering.