A little Ashford on your Rye

We arrived in Ashford on Thursday night to stay with a couple whose room we booked through airbnb. This website matches up would-be renters with travelers who are looking for a reasonably priced and nice place to stay. Jeff was a bit dubious about the whole thing, but it worked out very well for us. We stayed in airbnb houses for seven nights and all of the hosts were absolutely charming and only one of the rooms was less than immaculate. The prices are a quarter to a third of what you would pay at a commercial B&B and you get the pleasure of really getting to know your hosts, which adds to the benefits, IMO.
This was our room in Ashford, on the third floor of a new Victorian-style house. 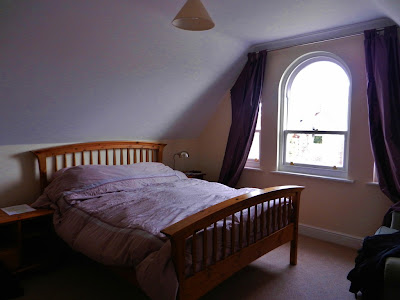 After a breakfast of chocolate-macadamia muesli, we sauntered down the back alleys of Ashford. We were looking for the town library so that Jeff could research some information on his family, who reputedly lived in the area in the 1600’s. 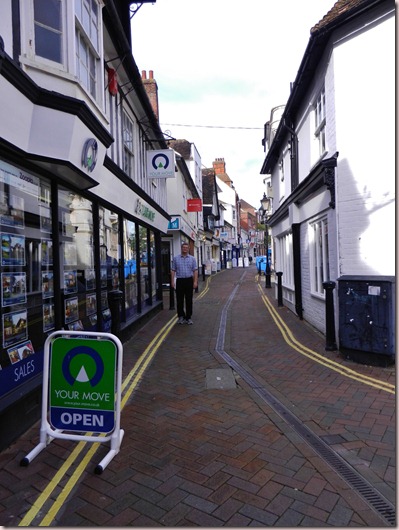 Ashford was most likely established in 893 AD by inhabitants escaping a Danish Viking raid on a nearby village. It has historically been a market town and transportation hub for the surrounding area. It was voted the fourth most desirable place to live in England in 2005.
After confirming the existence of Jeff’s ancestors, we headed in the direction of St. Mary’s Church, but I got a little sidetracked by an open-air market. Especially the baked goods stall. I was surprised to see that they still sell loaves of unwrapped bread. And Jeff and I enjoyed a fresh cream doughnut each.
Mmmmm.
The bakery lady was very friendly and gave us lots of good tips on how to get around Ashford. 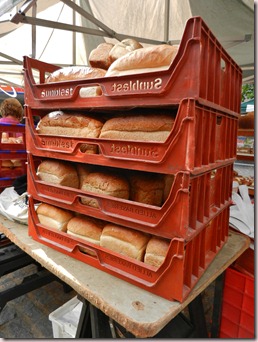 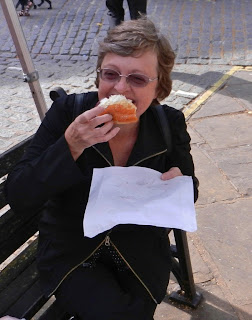 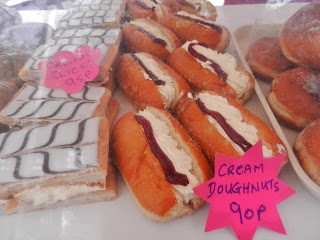 Then I had a craving for humbugs so we hit the sweet shop.
The lady in the sweet shop was from Birmingham, the same area that my cousin lives, so we had a nice chat with her too. And bought several different kinds of humbugs. 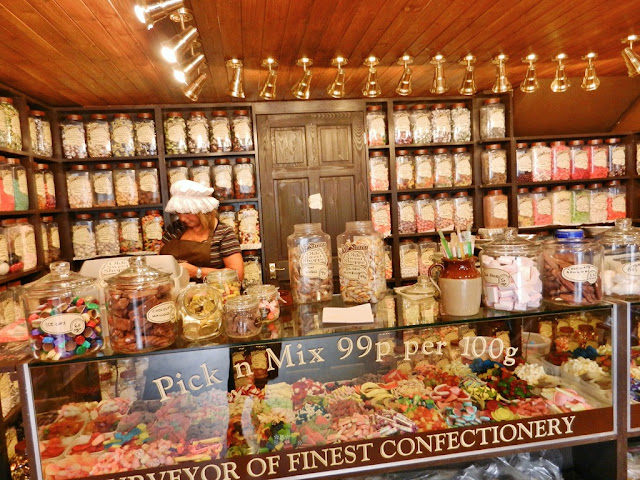 We walked to St. Mary’s and explored the outside of the church… 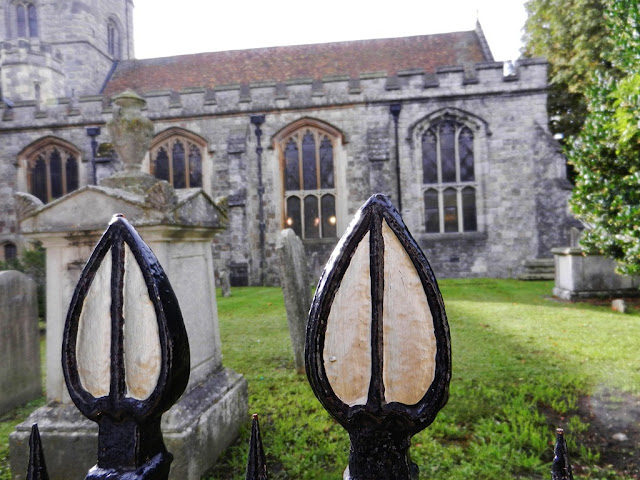 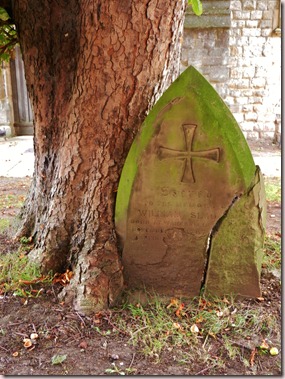 …and then the inside. Almost all of the windows were stained glass. 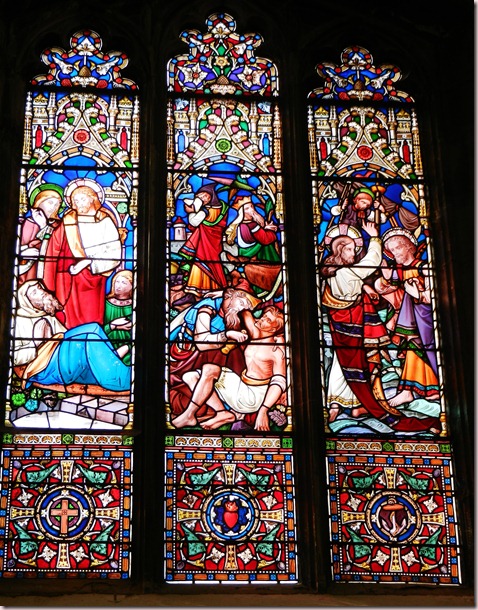 Ornate memorials line the walls of the ancient edifice and many of the flagstones are epitaphs that are being worn down by the centuries of footsteps that have trodden upon them. 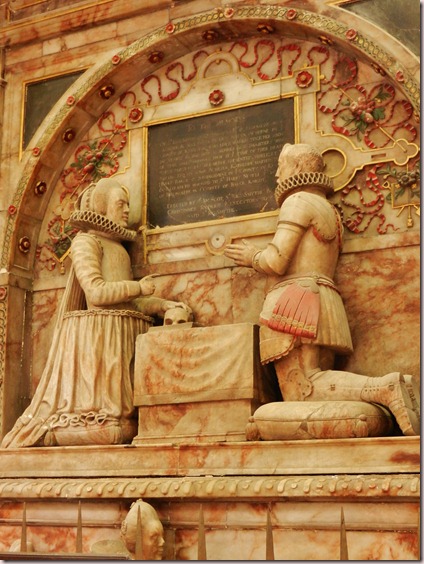 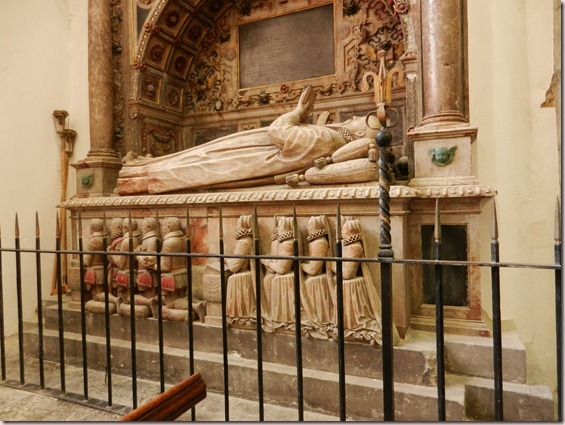 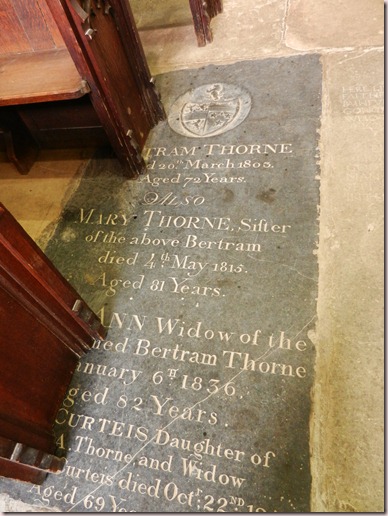 This baptismal font is almost certainly the one in which Jeff’s ancestors were christened in the 1600’s as it dates from the 15th century. 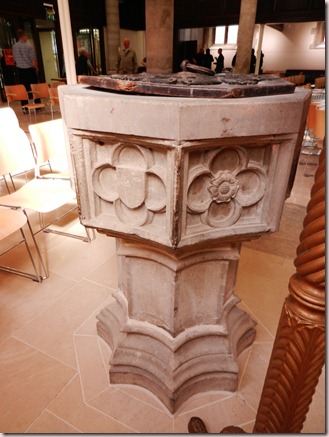 Another walk along the narrow alleys that border the churchyard… 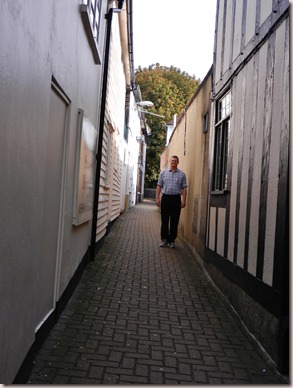 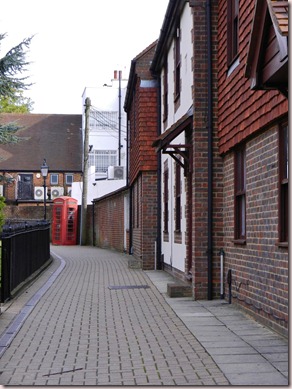 …and one more wander through the cemetery… 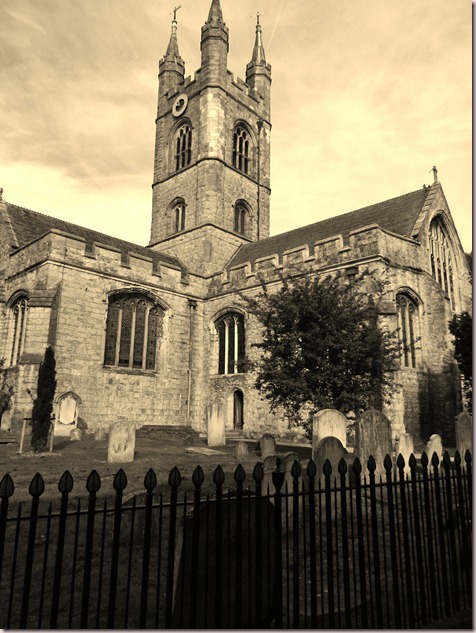 …turned up this gem. 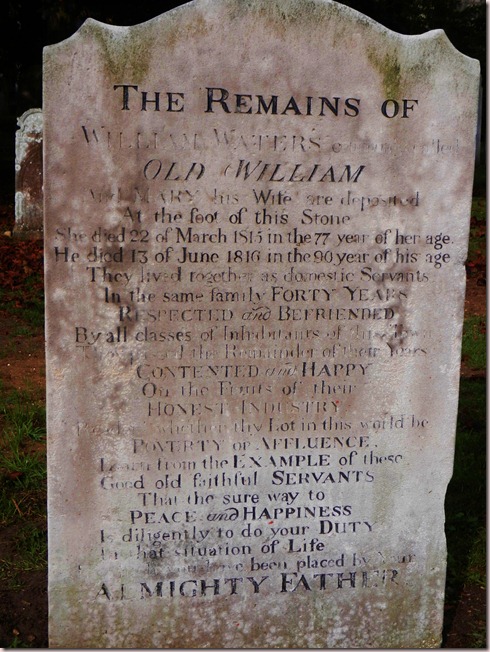 The remains of William Waters, commonly called OLD WILLIAM And MARY his Wife are deposited at the foot of this stone. She died 22 of March 1815 in the 77 year of her age. He died 13 of June 1816 in the 90 year of his age. They lived together as domestic Servants in the same family FORTY YEARS, RESPECTED and BEFRIENDED by all classes of Inhabitants of this Town. They passed the Remainder of their years CONTENTED and HAPPY On the Fruits of their HONEST INDUSTRY. Readers, whether thy Lot in this world be POVERTY or AFFLUENCE, Learn from the EXAMPLE of these Good old Faithful SERVANTS That the sure way to PEACE and HAPPINESS Is diligently to do your DUTY In that situation of Life in which you have been placed by your ALMIGHTY FATHER.


Words to live by.

The thing I loved about this church was that it is a living, breathing, vibrant, part of the community. The place was hopping with people in the middle of the week. It was recently renovated and most of the pews removed and replaced with chairs. Now, the town uses the church for many of its events. It was an exciting place to be, unlike so many of the old churches which are locked up all week until Sunday.

We stopped at Sainsbury’s, the local supermarket, which also happens to be an excellent place to exchange dollars. Just ask for one of their Nectar cards and you get a better rate than anywhere else that we could find. We stocked up on a few groceries and drooled over the Cadbury dairy aisle. 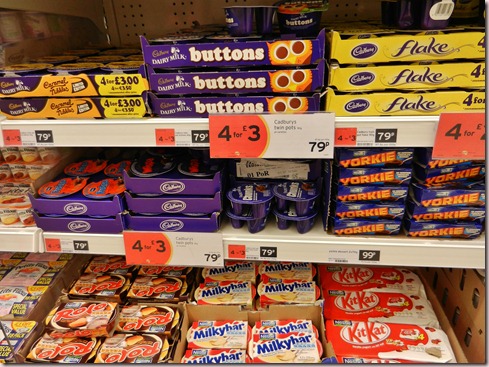 And that was not even half of it!
Our last stop in Ashford was the village of Willesborough, which has an Osborne Road and is most likely the location of the early Osbornes.
There was a church.
Who am I kidding? There’s always a church!
So we explored it and sat in the graveyard and ate our sausage slice (me) and Cornish pasty (Jeff). 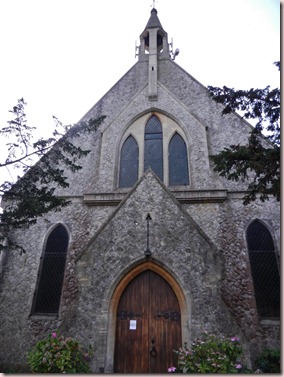 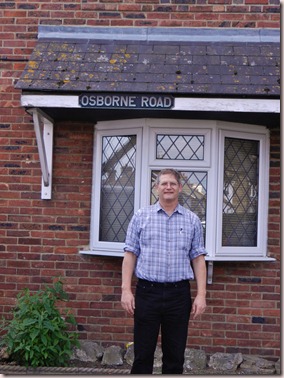 Our destination that night was Hastings, but several people had told us that we had to stop in Rye, so we did. It was gorgeous, all hilly cobbled streets and Tudor houses and ancient buildings. 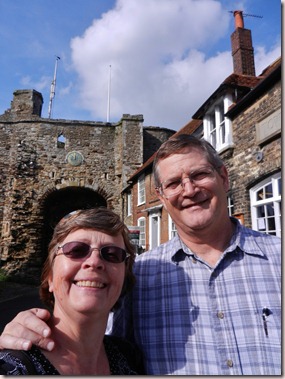 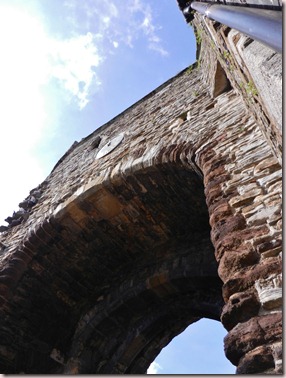 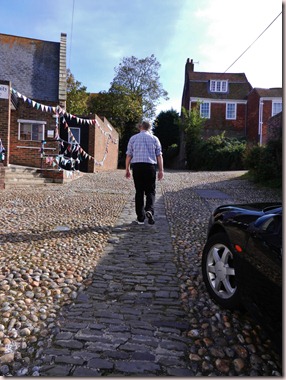 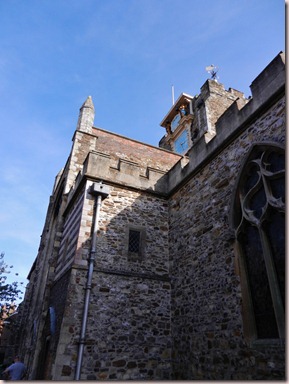 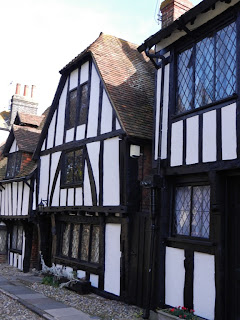 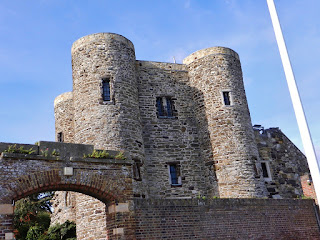 The Tudor houses are built using the “wattle and daub” method. The frames are made of timber and the spaces in between were filled with a woven frame of small sticks or slats and then daubed with a mixture of wet soil, clay, animal dung, sand, and straw. The building method has been in use for over 6,000 years. The black-and-white look is iconic, but, personally, I ended up wanting to paint them bright blue and yellow!

After sufficiently admiring and photographing all the beauties, we drove around the harbour to a bird sanctuary and had a long walk, only Jeff couldn’t find his binoculars so we didn’t spot many birds. 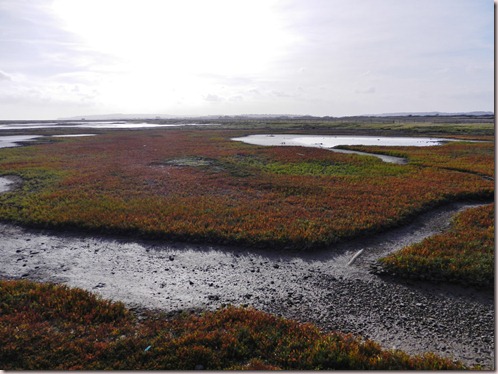