Those mice and men and their blasted plans again 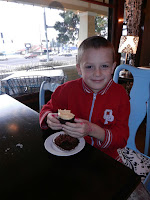 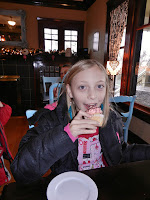 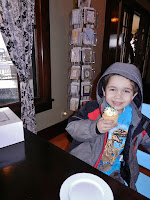 Our main Christmas gift to the grandkids this year was an outing to see ZooZoo at the Imago Theater. I had things well in hand, or so I thought.

First, there would be a stop at The Sweetest Thing cupcake shop, where we would stock up on sweet things.
Then the theatre.
Then a stop at Coldstone Creamery on the way home.
The first thing to go awry was at the cupcake shop, which no longer offers vegan cupcakes.
Boo, hiss!
The guy tried to tell me that they cost $5 a piece to make.
Right.
Just as well I had a blueberry bar for Josh to eat.
He took it like a man, but does not look quite as excited as if he were eating a cupcake, does he? 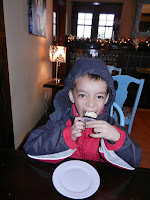 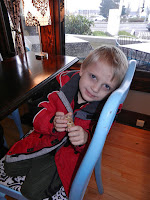 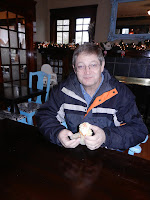 With the remaining cupcakes boxed up for later, we piled into Bethany's van and drove into Portland. 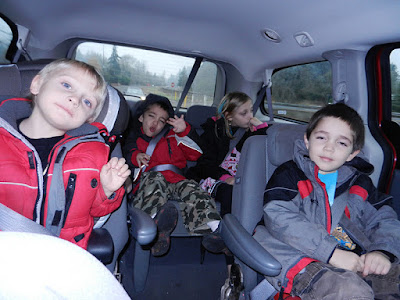 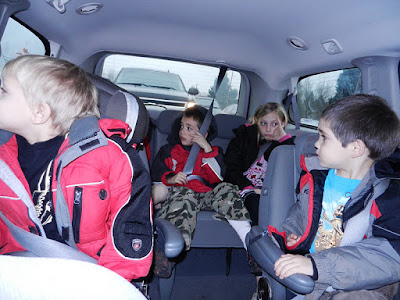 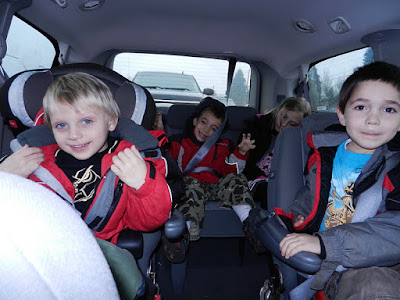 It was then that I discovered that our Coldstone plans had also bitten the dust.
The branch for which I had purchased the living social coupon had closed and no other branch would accept it.
Cool.
Oh well, onward ho!
It was a bitterly cold day.
Daniel was being all manly.
Apparently, the cupcakes didn't stay in the system for long, because by the time we exited the van, snacks were requested.
Just as well Nana never goes anywhere without a bag of food! 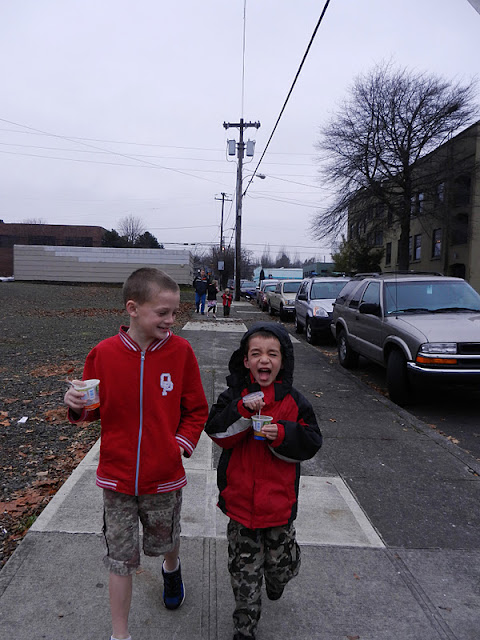 The Imago is a bit of a dive, but wondrous things occur inside. 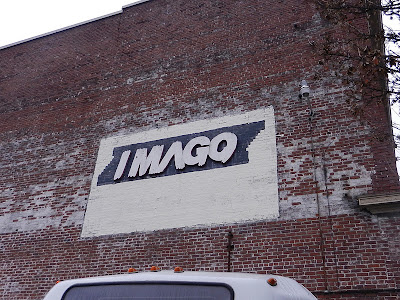 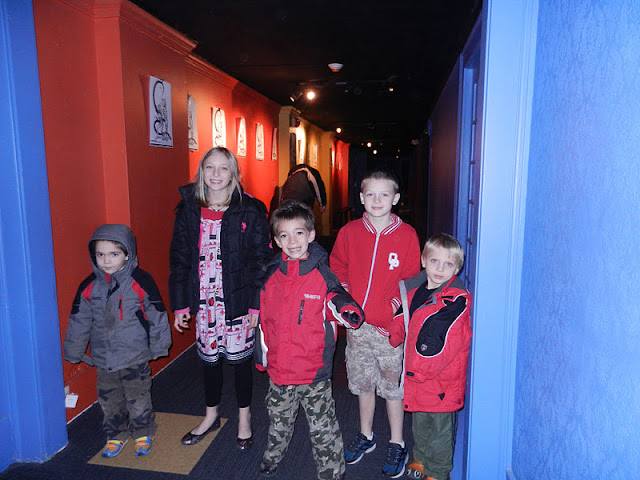 Natalie stayed home with her new doll, a consolation Christmas present. Bethany didn't think she'd be able to handle the visuals of the show.
We had front row seats, as usual.
Fun things happen when you sit in front at the Imago. 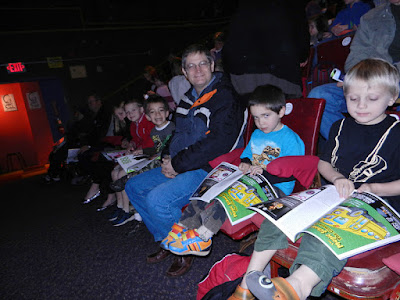 Which you think would guarantee us a great time, wouldn't you?
Well, the kids had fun, but I was so distracted by the rude adults behind us that I had gritted teeth through the whole show.
A young mother behind Jeff narrated the whole show to her children.
I did send her one glaring glance, but I think she mistook it for admiration, because it didn't slow her down one bit.
I wanted to say Lady! There's a reason the show is non-verbal. You're supposed to use your imagination!
But, this is Portland, and no doubt the woman micromanages every other moment of those children's lives. With the same lack of concern for anyone else in the universe.
And then there was the old lady behind me, who was so enamoured of the show that she let out continuous oh, oh, oh's and ahhhhh's that were so heartfelt and enthusiastic that I wanted to tell her to get a room.
But I didn't.
Because I'm polite that way.
But I did spend a large amount of mental energy trying to think of a way to ask these two women to hush their mouths in a way that wouldn't make them feel embarrassed.
I have since decided that next time this happens, because you know it will, I'll be less tactful and more assertive. No more will my good times be ruined by people with no consideration!
So here, for your enjoyment, and mine, is a quick snack of ZooZoo.
I highly recommend the show.
Only, maybe, not the matinee.
And be careful who you sit by.
Plenty more driving time, as we stopped by the art studio on the way home to glaze our clay pieces.
The treat for the day was a two-pack of Lindor truffles for each child.
Score! 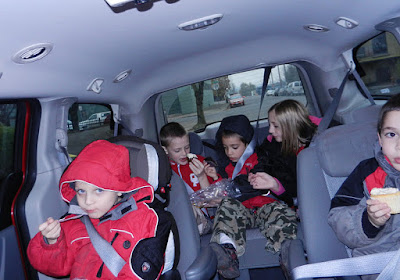 I suggested another brisk walk around the "don't feed the ducks" park, but was resoundingly turned down by one and all.
We stopped by Wendy's to get some Frosties to make up for the Coldstone thing.
And then we went home.
Posted by Sue O at 4:09 PM