Here in the Pacific Northwest, we have some unique weather conditions. Because of the dampness, when it gets really cold we get some crazy things like freezing rain, which is a most treacherous weather condition. The raindrops freeze as soon as they touch a cold surface, such as a car, the road, or a path, resulting in a solid and slippery sheet of ice.
A more benign condition is freezing fog, which I observed for the first time one night a few years ago when my mum was staying with us. I went outside for some reason after dark, and in the light of the porch light the air was sparkling. All of the droplets of fog were frozen, still suspended in the air and reflecting the light. We all gathered out by the front door and it was quite magical.

A couple of weeks ago, I had spent the weekend out at Vista House with Jeff, along with several of the offspring and dogs. I hitched a ride home with Sam and Charlie, and when we left it was foggy and verrrry cold. Cold is a norm for that part of the country, but it is usually dry. The fog covered everything with white crystals.
A few miles later, the blue sky was starting to show through, but it still wasn't warm enough to melt the ice. 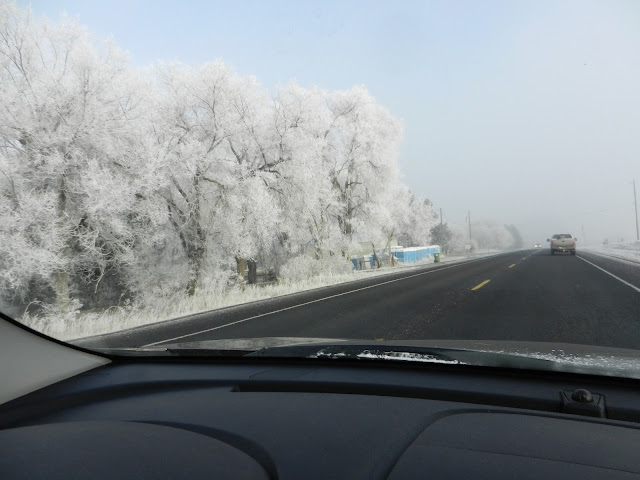 We stopped for gas and for Sam to buy some munchies, so I grabbed a quick snap of some bare branches. 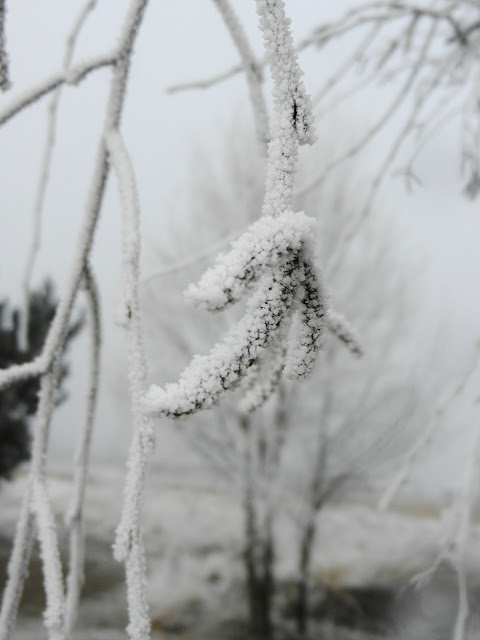 The next morning, we had our own bit of freezing fog, and all the cobwebs had grown crystals. 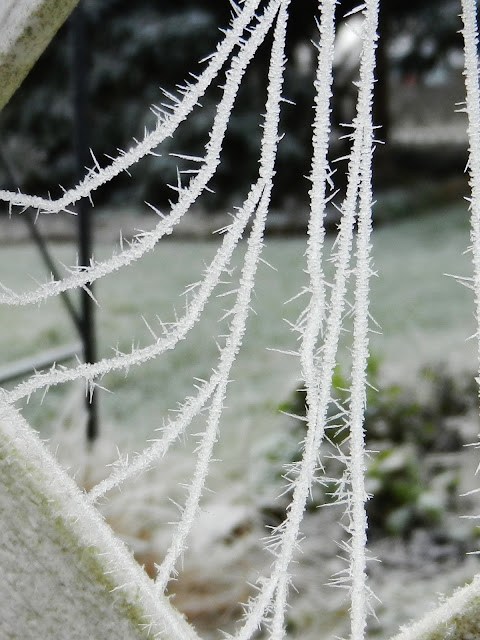 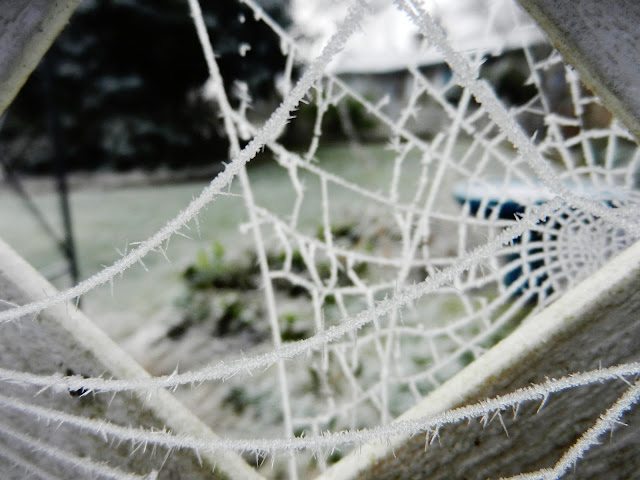 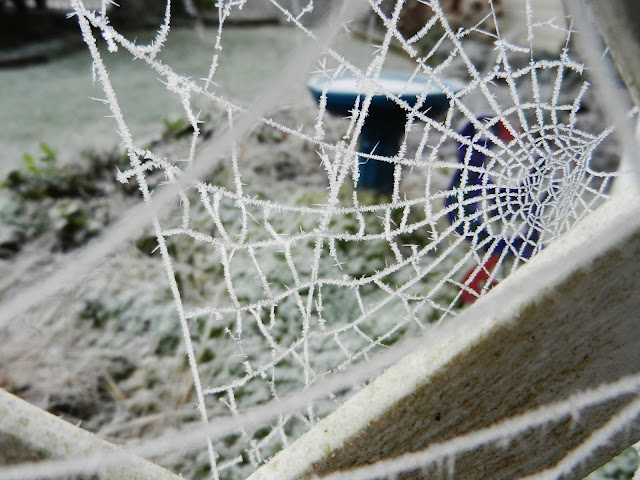 The rhodies had a fine dusting too. 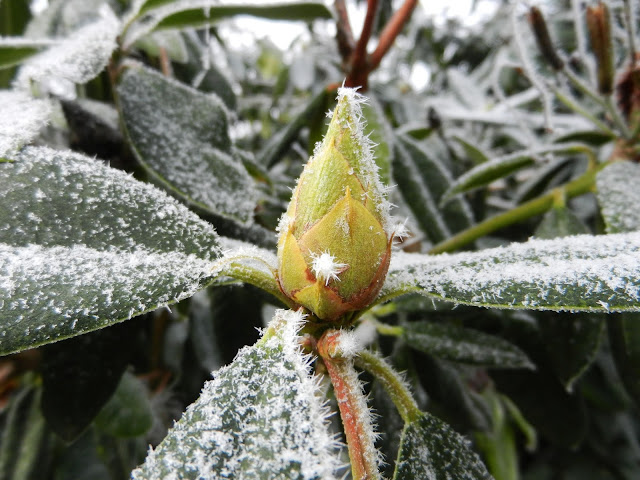 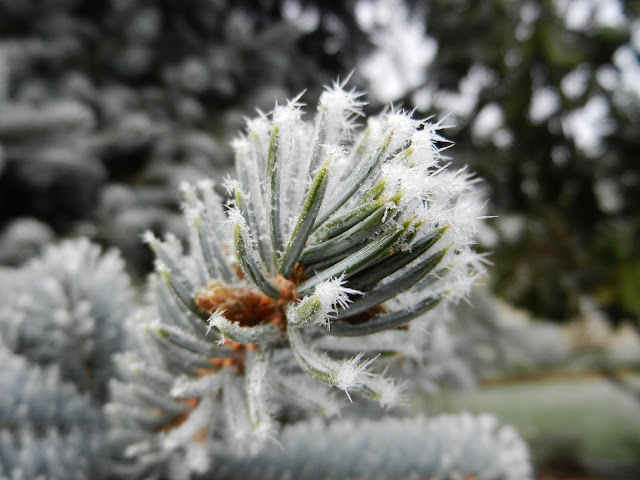 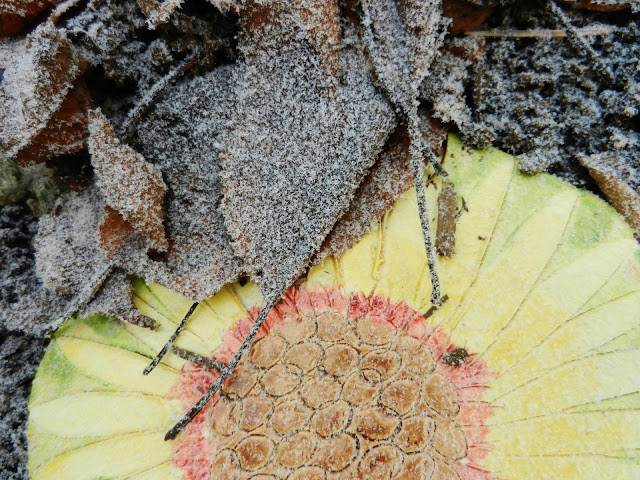 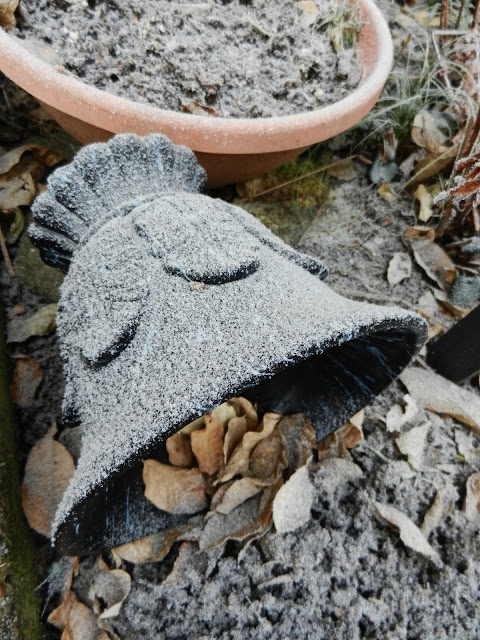 The poor roses were a little optimistic, weren't they? 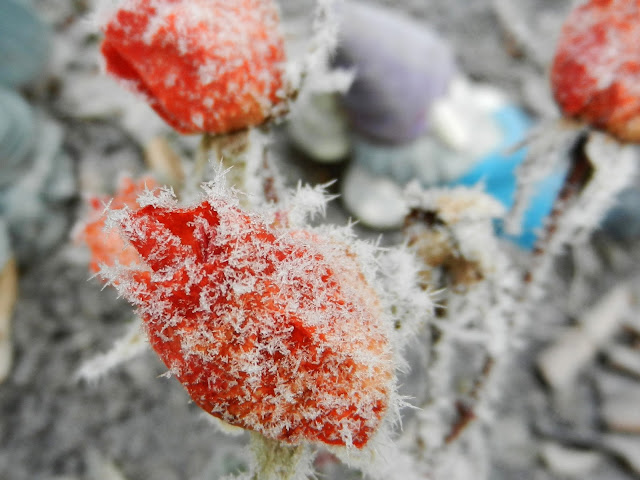 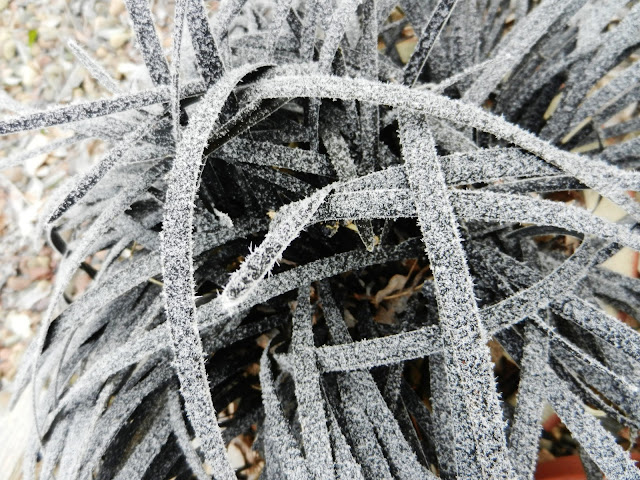 It makes for some pretty photos, but I was almost thankful when the rain came back and the temperatures warmed up.

Remember how Jeff forgot our anniversary?
These arrived a couple of days later.
Not that there was anything to forgive. 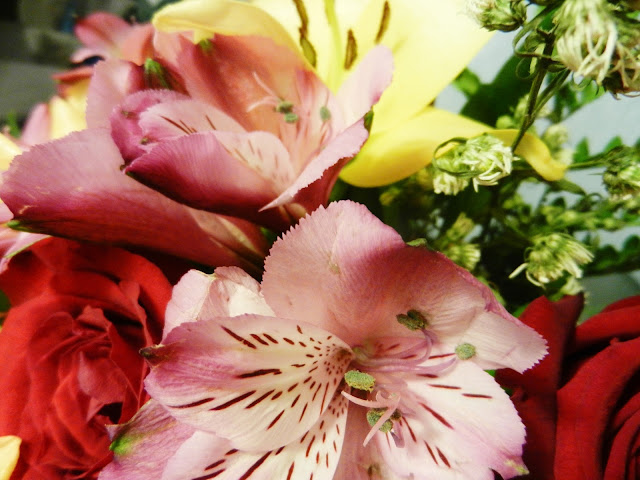