Vernal is an adjective, meaning spring-like. In a small burst of irony, it can also mean belonging to or characteristic of youth. Considering the theme of the weekend, the name is appropriate.


After church on Sunday, which had a lovely theme of patriots and pioneers, we went back to the house for a rest and then over to our friend Debbie's for dinner. Barbecued pork chops as a special treat for Mark, who lives in an Arab state, if you remember.
Yummo.
I ate two.
And a bit.
Don't tell Debbie about my gluttony.
I have a special fondness for pork chops.
Debbie was overcome with gladness to see us. I think maybe her life isn't exciting enough! But it was nice to see her again and to meet her family. They are close-knit and have a jolly time together. We had a good time reminiscing (there's that darn word again!) about our days at CCNZ. 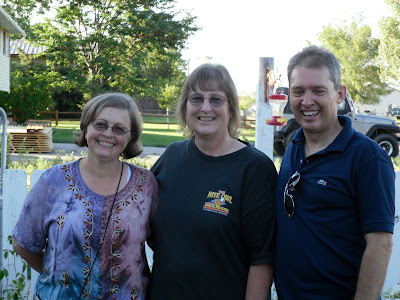 Mark's favourite missionary companion lives in Vernal too, so Mark and Grace dropped me back at the house and went to visit him.

Monday morning we had a few hours free for sightseeing.
Sightseeing in Vernal, you ask?
Yes.
You will be amazed.
In this land of Mormon pioneers, Boy Scout Eagle projects abound.
Here is the first one we saw. A gigantic flag, raised on a cliff. 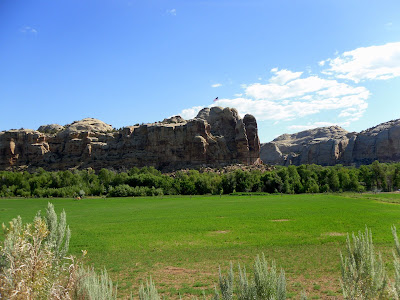 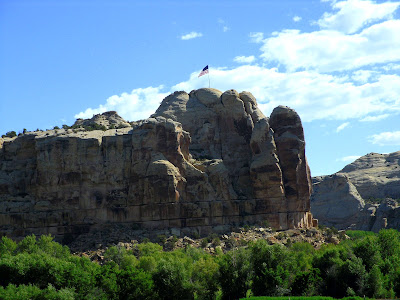 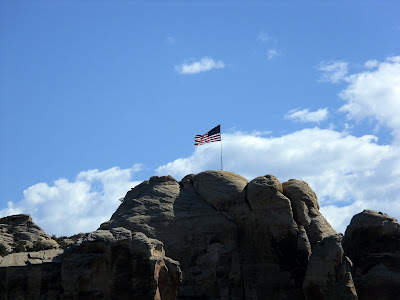 The flag's dimensions are 15' x 25', made of double-ply polyester and is replaced four times a year. Each flag costs $500. Depending on the severity of the wind, a flag can last anywhere from three weeks to eleven months. The first flag was raised on a 12' flagpole in 1944 by Chellus and Ernest Caldwell. In 2000, Ivan Merrill raised a 40' flagpole for his Eagle project, where the American flag has flown ever since. 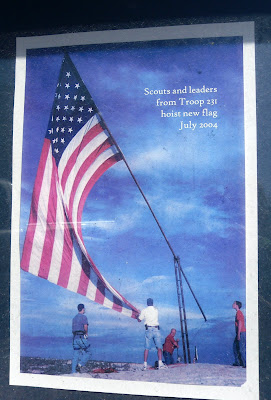 Next stop, the Sadie McConkie Ranch, for a look at some petroglyphs.
Antlers line the driveway leading up to the trail head. This photo makes me want to break out in song, a la Gaston, in Beauty and the Beast. I use antlers in all of my dehhhhhhhhcorating! 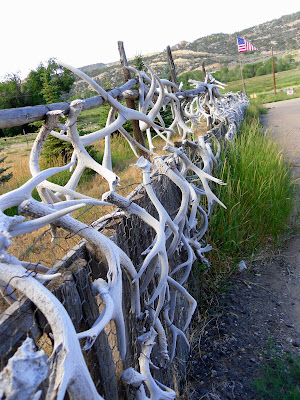 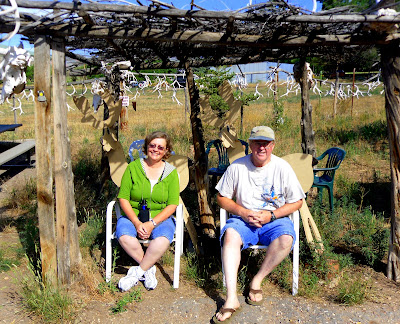 The ranch has been the site of many Eagle projects, trail improvement etc. 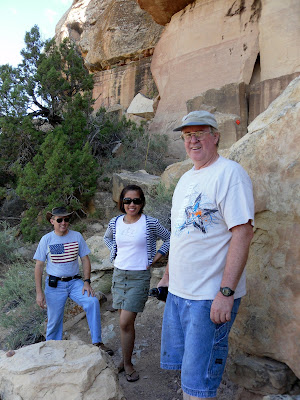 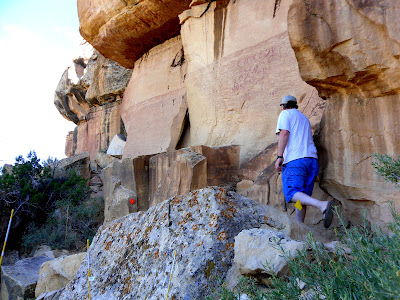 Rocks have their own stark beauty. And that which we had come to see, the amazing petroglyphs, which are, by all accounts, over 1,000 years old. This site has more easily-accessible glyphs than any other in Utah. The trail is a little rough, which was scary for me because I'm a tad paranoid about climbing over rocks, but I managed to get back down unscathed. I can just imagine the conversation with Jeff, had this not been the case.
You were hiking with who?
Your old boyfriend?
And you broke your leg again?
Yeah, that would have been swell. 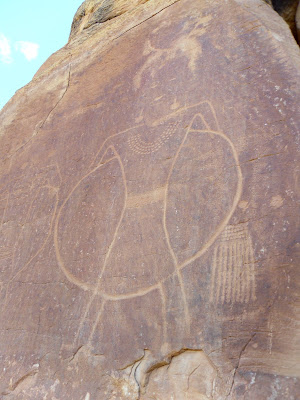 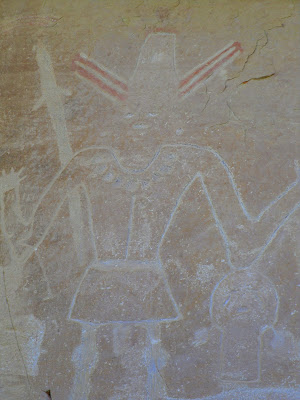 It was getting mighty warm on the way back and lots of little lizards were basking in the sun. 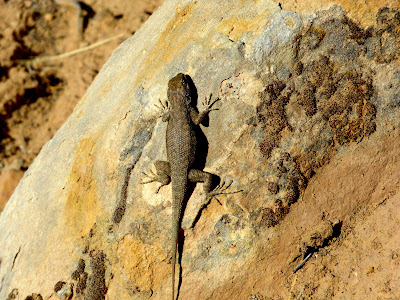 On the way back to David's house, this enormous "Remember the Maine" and flag, first painted in 1944 and then repainted in 1997 for a couple of Eagle projects. The photos don't give you a very good idea of the scale, but the cliff is very high, I got vertigo just imagining how they managed to paint this. 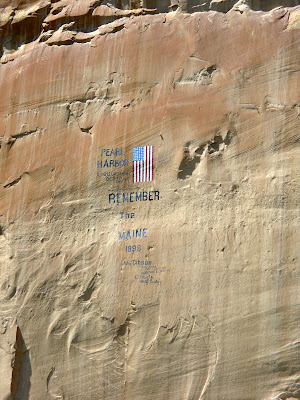 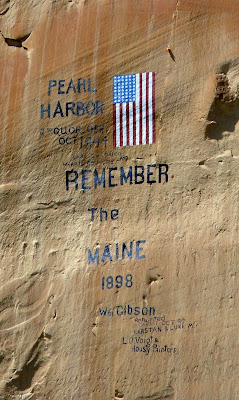 A quick lunch of Cathy's delicious enchiladas,
a bittersweet goodbye,
and then I came home.
Posted by Sue O at 7:16 PM