A little madness in the spring

I know it's only weather, mundane at best, but the English in me cannot resist the blog post.
As I was driving home from a nearby town yesterday afternoon, weary and froggy-voiced from facilitating three music therapy sessions and still with piano lessons to teach, the rain was falling slushily onto the windscreen. I mumbled and grumbled all the way back to town about the cold, cold, rain and how I was sick of it.
By the time I drove back to our house in the twilight, the snow was drifting almost horizontally to the ground. This is what greeted me at my front door. 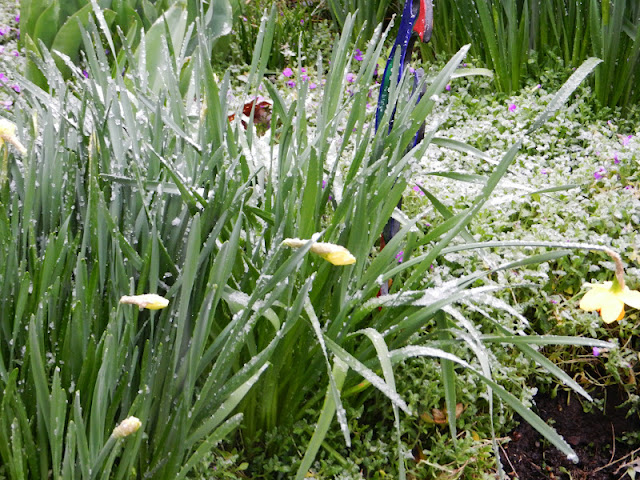 That, and a nice log fire in the house, for which I had hoped against hope.
Jeff was rewarded with tilapia and fried potatoes.
His favourite.
It wasn't too long before darkness was falling and I discovered that it is necessary to use the camera flash in order to catch the elusive snowflakes in action. 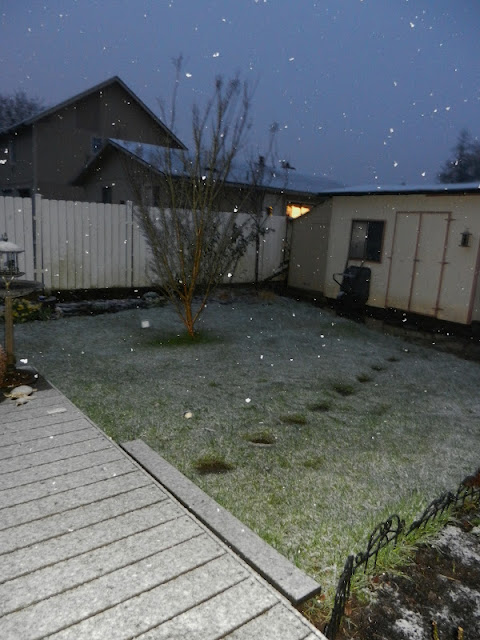 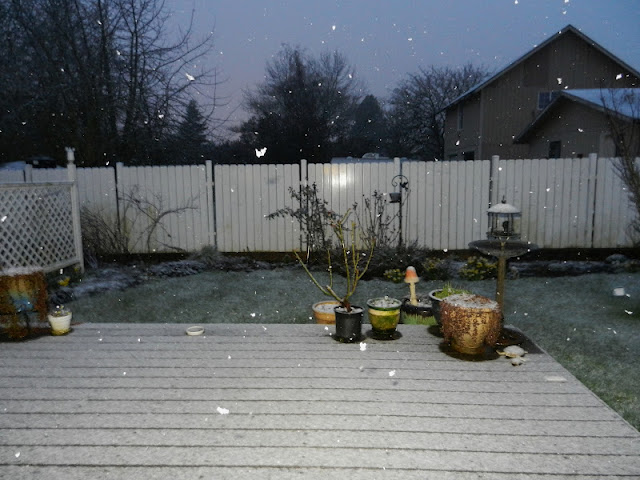 This was the scene at midnight. I took these photos without a flash. Somehow, my magic camera compensates for the lack of ambient light. When I finally went to bed, the room was lit with the amber glow of light reflecting on snow. 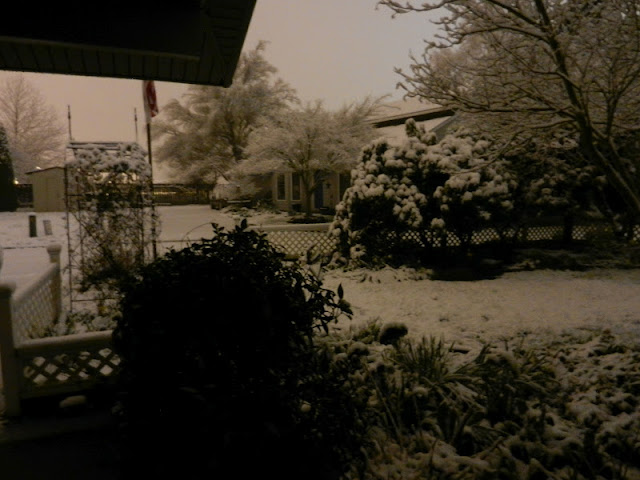 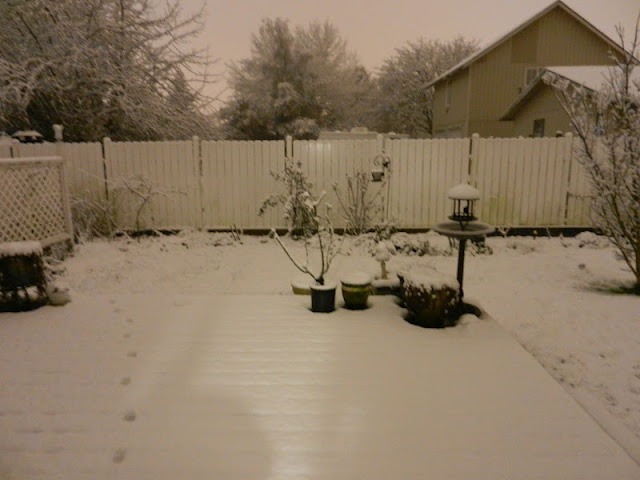 Before I crawled off to work this morning (serve me right for staying up so late) I took a little jaunt around the garden. Luckily, there seems to have been no damage. 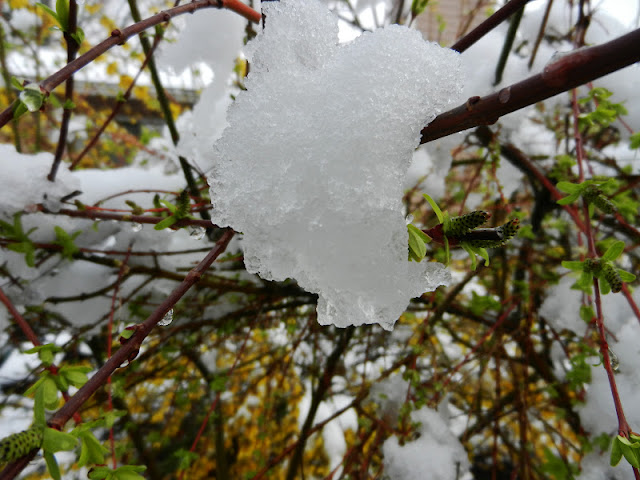 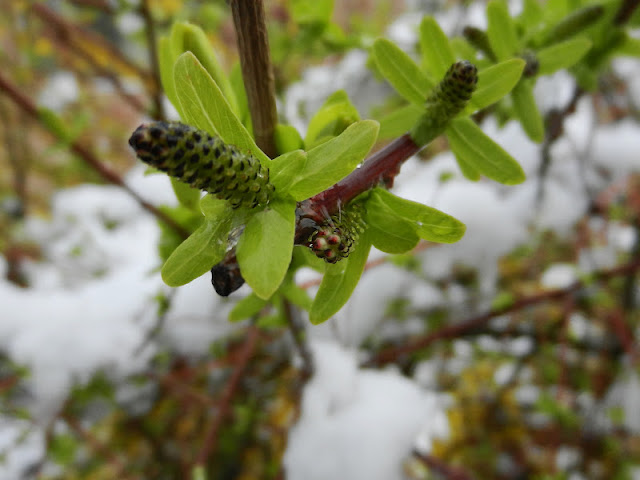 The gnomes got a bit chilly last night. 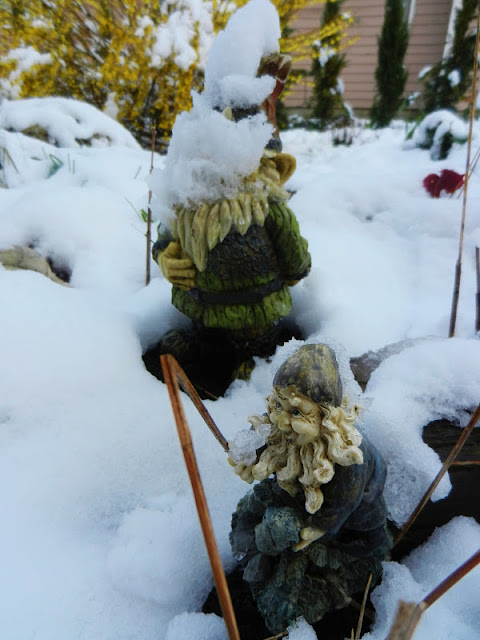 Likewise the hedgehog et.al.
Let's hope the tulips are unfazed. 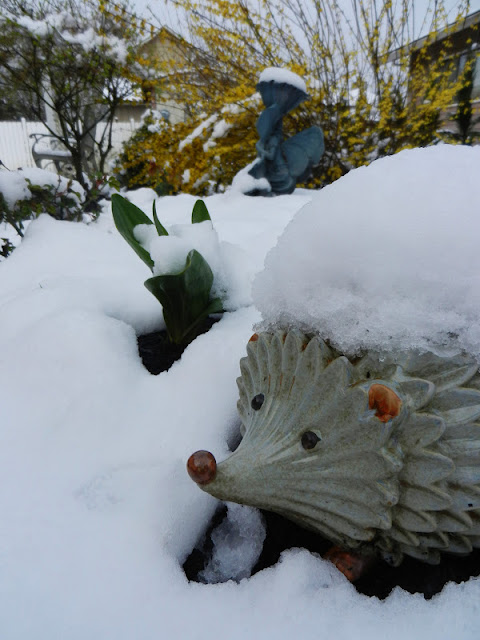 Brave little aubretia flowers are still poking out around the snow. 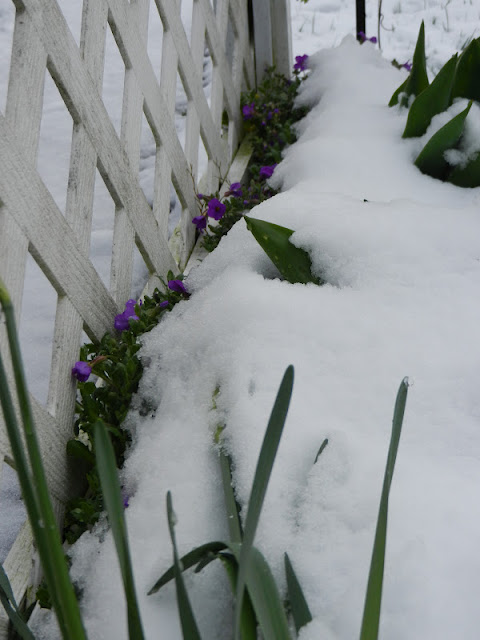 So there you have it.
One of the strangest second-days-of-spring that we have had in a while.