May no soldier go unloved

is the motto of Soldiers' Angels.
When the war with Iraq first began, I thought a lot about the stories my parents told me about growing up during the Second World War.
How everyone sacrificed and pulled together for the war effort.
They donated pots and wrought iron fences for munitions.
They lived on food rations.

My uncle told a funny story:
His Mum would send a couple of the kids to join a queue whenever she heard of one forming outside a shop. He said they often wouldn't know what they were queuing for until they got close to the shop. One time he stood in line for over two hours. The shop ran out of whatever it was they were selling. He never did find out what it was he stood in line for.

I missed that feeling of unity and felt as if I wanted to sacrifice something too; that the military and their families shouldn't be the only ones hurting.
So I spearheaded an effort to send care packages to soldiers.
We sent over 40 packages and it felt like a good endeavour.
The warm fuzzy feeling lasted for a good year or two.

Then (through Michael Yon) I found Soldiers' Angels.

The photo in the last posting was of a small group of friends who went to the beach overnight. We made seven "blankets of belief" to be included in Christmas packages for deployed soldiers last year. Altogether, ladies from church and I sent 29 blankets. I got the feeling from those who donated that they got a lot of satisfaction from the project.

So if you have a niggling feeling that you could be doing a little something for our military effort, explore the SA website and see what tickles your fancy.

There is something for everyone.

A soldier will thank you. 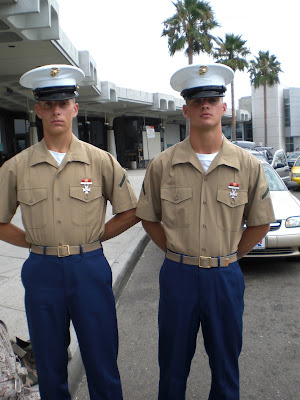