Circus of the Sun

'Twas my birthday yesterday.
I know.
If you missed it, you probably feel devastated.
It's okay, I quit having high expectations of the day decades ago.
Yesterday was actually pretty good. Our Jenny must have posted birthday wishes at least ten times on facebook. Plus she and Jon and the boys brought tres leches cake and presents over on Tuesday night.
See...
Party girl!
Jeff sent me flowers, friends and kids sent wishes on facebook, Mum bought me some comfortable new walking shoes, Annie and Bethany gave me a spiffy new iron, and last night we went to Cirque du Soleil, thanks to 50% off the last few performances in Portland.
We have been to Cirque several times and, frankly, I am getting harder to impress. So here is my slightly jaded review.
Heading out of Newberg, we climb a mountain... 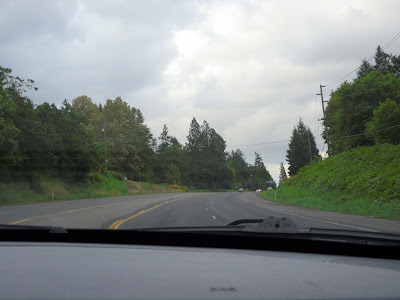 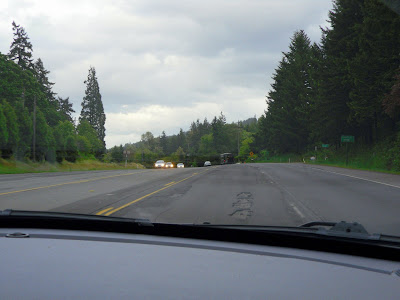 ...and then drive through stands of trees for a mile or two.
Beautiful, isn't it? 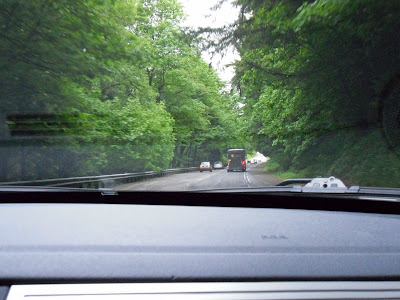 Last night was rainy and windy, can you tell?
Annie's going to hate me for this photo. 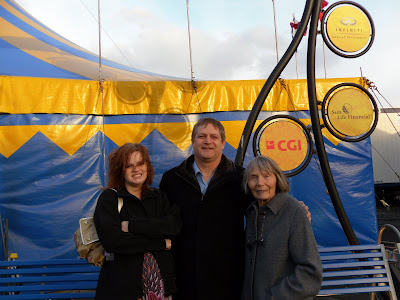 Our seats were average, with a pole blocking some of the action.
And the Japanese group in front of us were politely informed No photos in the grande chapiteau.
So.
I stole these from their website.
That'll teach 'em.


This Cirque show goes back to its roots and involves a lot more clowning around, with lots of genital jokes that, quite frankly, they appeared to enjoy waaay too much.
Meh.
The first half included a girl on a trapeze.
Who wore a big old safety harness.
I mean, where's the suspense in that? 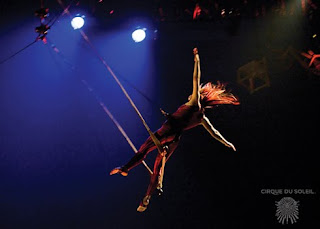 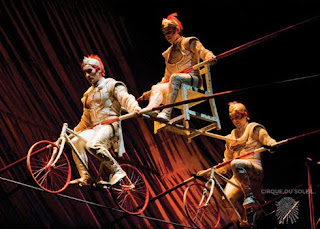 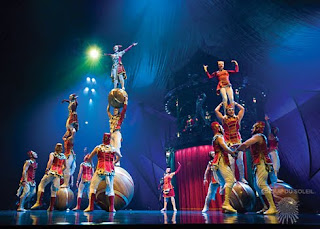 Contortionists, who were fairly impressive... 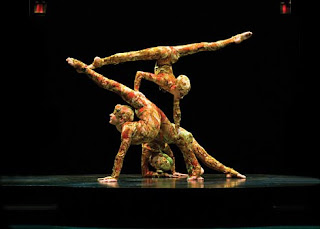 ...but not as impressive as these ladies.
I suggest clicking in the lower right corner and watching this on Youtube.
All through the first half, I kept eyeing the VIP section that was half empty. As soon as the house lights went up, I asked an usher if we could move. Here's something good to know. She said that once the first half was over, we could move to any seats that were not occupied. So we quickly hefted our bodies down to those wonderful front and centre seats.
The second half was a different experience.
First up, the extreme Wheel of Death.
My personal favourite.
These guys are wickedly awesome.
You can catch their act on Youtube, but there is nothing like being there in person. 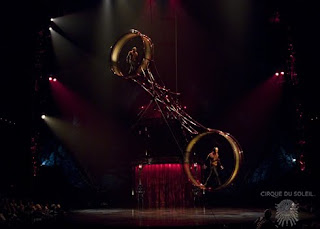 This naked-looking lady made me want to take up the hula hoop.
Only I would not wear the outfit. 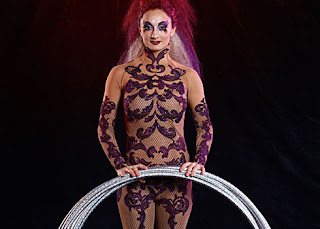 I almost have no words to describe this next act.

He was tattoo-ed from his toes to his waist.
Ask me how I know!
This photo is misleading, because the balanced chairs were vertical.
I have never seen a body that was so finely honed and purely powerful. He defied gravity at every move. 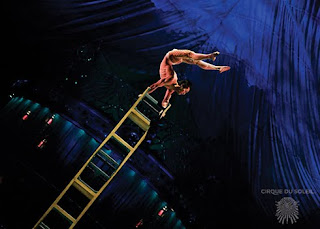 And lastly, the teeter-board.
What kind of a name is that for an act?
There were a few breathless moments during this act, especially for Mum.
She said, afterwards, that Cirque was the best thing she's ever seen.
So I guess I am right.
I am jaded.
And spoiled rotten. 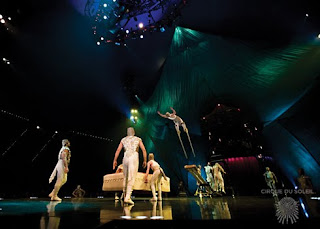 Here is the trailer, to give you a taste of the evening.
Posted by Sue O at 4:40 PM