Christmas Eve was pretty riotous at our house. Jon had to work later in the evening so our time was limited. The meat wasn't "falling off the bone" yet when he and his family arrived, so we opened presents first. My policy has always been that we read the story of Christ's birth before we open presents. This has been met with various degrees of enthusiasm over the years, depending on the ages of the children. This year, I had about 20% cooperation, but after announcing that there would NOT be any presents unless we read about the real meaning of Christmas, things improved somewhat. 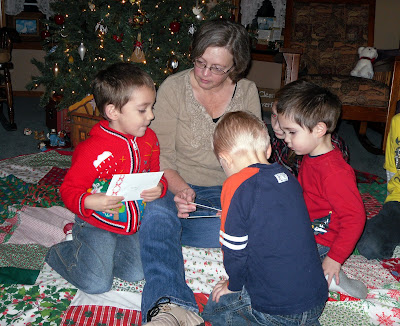 Daniel faded fast. The excitement of it also being his birthday celebration proved to be a little too much. 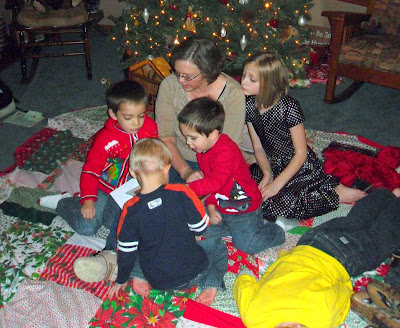 We gave the older grandchildren money for designated classes this year, in an effort to not contribute to their piles of stuff. Here is Thomy opening his envelope. He will take art classes in January. He has incredible fine motor skills, which Jonnie attributes to playing video games. He also has a lot of patience and is painstaking in his colouring and art work, so I think the classes will open his eyes to new ideas. 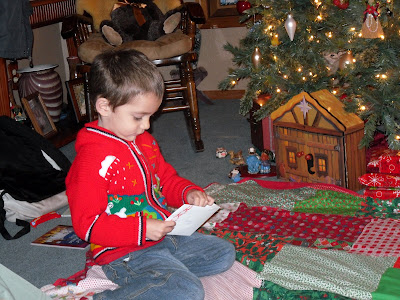 Daniel got money for basketball or science class, depending on what is offered when the new Park and Rec schedule comes out. Kenzie gets a month of horse riding lessons. 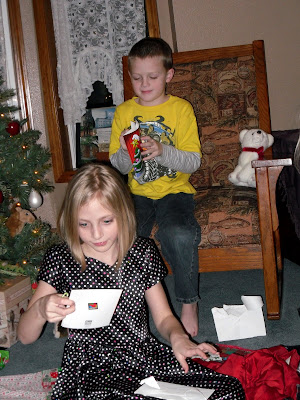 Everyone got cozy fleece pyjama pants from Nana and Papa. 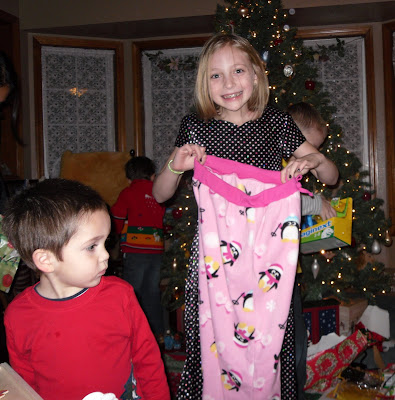 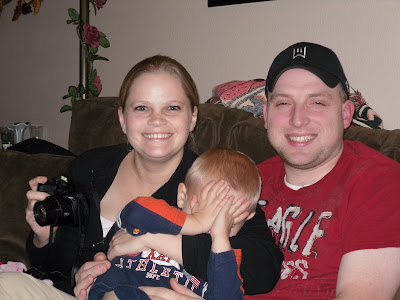 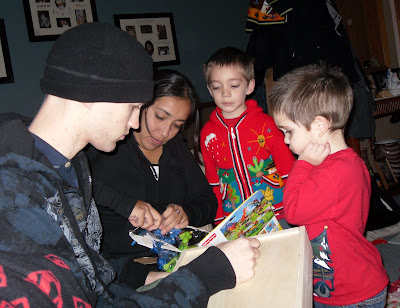 Natalie, showing off her new pants, hairband and purse. The girl has impeccable fashion sense, don't you think? 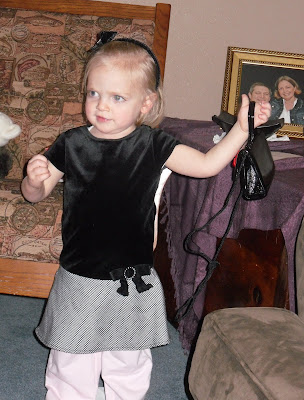 Let the feast begin. Roast beef with mashed potatoes and corn and peas and killer rolls. Sparkling grape juice. My rolls have been less than marvelous lately but these were divine. Maybe it was all the butter I slathered them with before I rolled them into crescents. 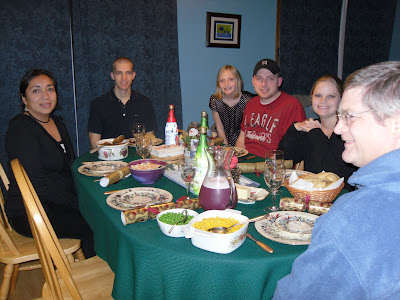 Last Christmas I bought a box of Christmas crackers at Costco. Crackers are an integral part of the Christmas celebration in England, so they bring back sweet memories for me. We've had them a few times with our family, but they weren't always easy to find and even then were expensive. A cracker, if you don't know, consists of a cardboard tube wrapped in pretty foil paper. Inside is a party hat, a prize, and a joke or saying, kind of like a fortune cookie. When you pull it with a partner, it splits unevenly. The split is accompanied by a small bang which is ever so thrilling! The bang is from the effect of friction on a chemically impregnated card strip. Crackers were invented in England in 1847 by a sweet (candy) maker as a promotional gimmick. Thank you Wikipedia. 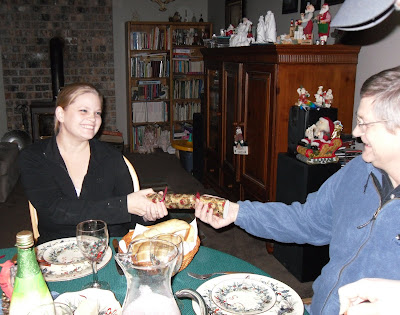 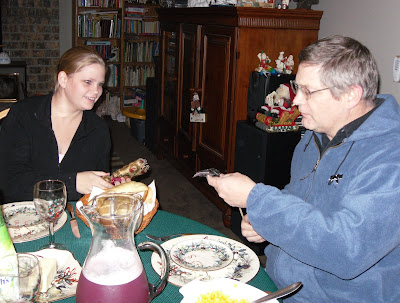 Chris got the prize he had coveted, a mini tape measure. These were high-quality crackers. Daniel got a metal yo-yo. 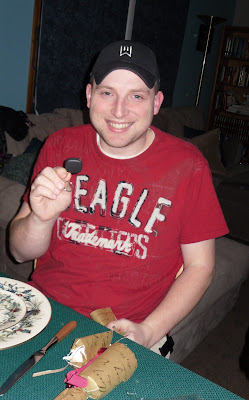 Jon and Jenny look less than thrilled with their cracker experience. 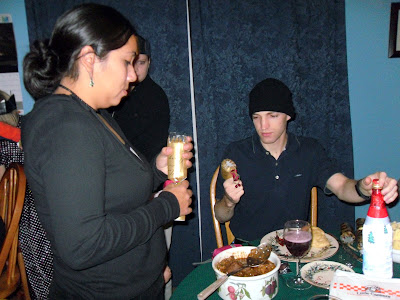 Note the quality silver party hats.
If you can get past Bethany's fearsome face. 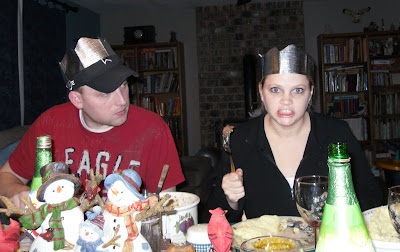 Jeff, eating his peas and corn. I think that was all he ate. 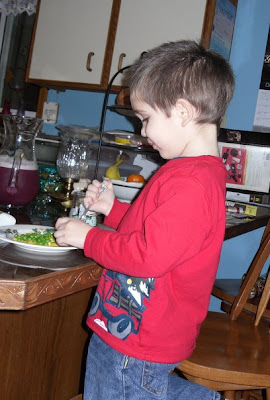 Jonnie, expounding on the evils of monoculture, specifically potatoes in this instance. Luckily, I had prepared yellow potatoes that were organically grown by Farmer Brown, rather than the ubiquitous russet. 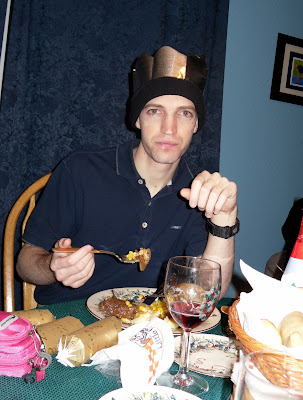 Natalie, at the end of the day and with chocolate face, riding her and Joshie's new rocking horse. 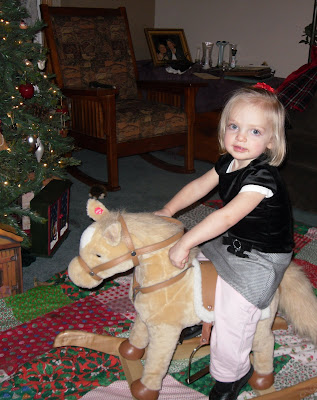 A Happy Christmas to all my friends and readers.
I hope your day is (or was) as merry as mine.
Posted by Sue O at 6:05 PM