A particular Hall of Fame

My hallway of yore was a dark and dreary passageway that only invited you to tuck your head and make a beeline for the bedrooms. Its walls were bare of decoration, covered by the original white, flat paint and a mixture of wallpaper and borders. The space had become increasingly beat up over the years as little bodies careened down the length of carpet, which had also seen better days.
In my opinion, hallways are a complete waste of living space. Especially long, narrow ones like ours. So when we redecorated and re-carpeted the living areas, we carried the new carpet all the way to the bedroom doors. Oh, it was so cushy with that super-duper pad that we had installed. No creaks either, because we added a gazillion new screws to the sub-flooring. All that remained was to scrape off the old wallpaper and slap on a couple of fresh coats of paint.
Ha!
Have you ever used lots of extra glue to ensure that wallpaper stays on your nicely textured wall? And then tried to remove said wallpaper?
Let's just say that it was a test of my tenacity.
Which I mostly won, although the surface is not precisely returned to its original state.
Some time previously we had installed a Solatube, which lit up the darkest part of the hallway. This created several improvements over the dark state. Number one, it was no longer necessary to flip the light switch every time we entered the space. Environmental plus. Number two, the walls were well lit and created a natural viewing space for anyone who cared to linger. Decorating plus. It occurred to me that I was running out of wall space in the rest of the house upon which to display the ever-growing collection of family photos.

And here it is. 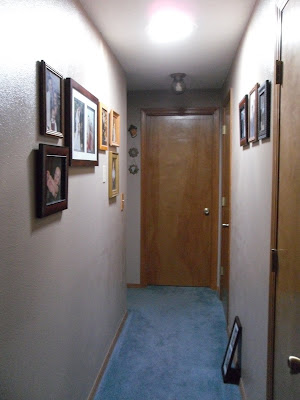 Bethany's wall. Note the pictures of Natalie and Bethany on the right. 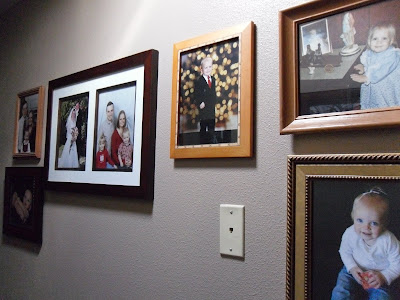 Jonnie's wall.
Not as full as Bethany's yet.
He should work on that. 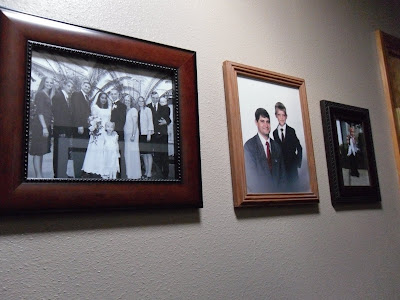 One of Jonnie's pictures, waiting for Jeff to hang it.
I wonder how long it will sit there. 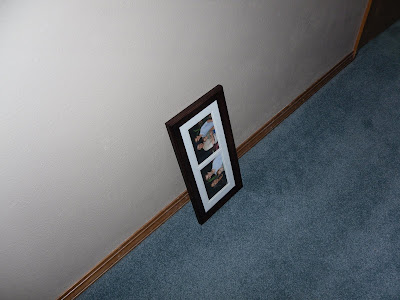 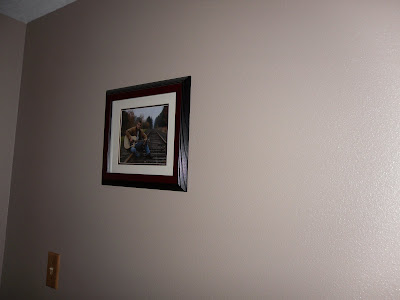 Annie's wall.
Yes, I know.
She was very perturbed too.
Pretty soon I will have a wedding picture to hang. 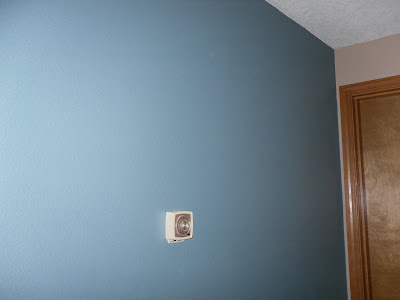 Around the corner by Jeff's cave.
I mean, room. 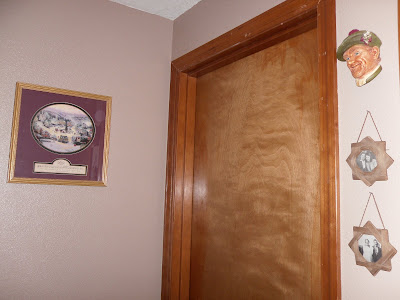 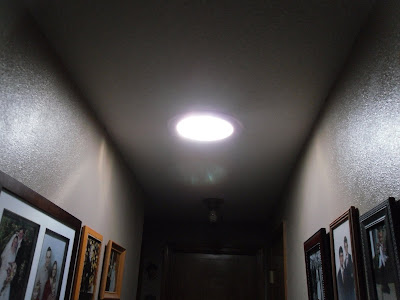 The semi-gloss paint was an unfortunate choice, in retrospect, and the woodwork is still beaten up. But on the whole, I am pretty happy with these evolving walls.
Posted by Sue O at 2:45 PM