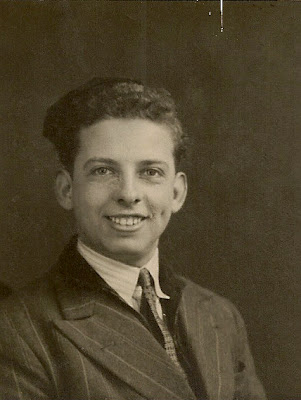 Today, I am thankful for the love of my father. A love that I never had cause to doubt.
Well, there was that one summer when I was eighteen, but that was my fault, not his.
Partly because of his example, my sister and I both married men who have been thoughtfully loving fathers.
And partly because we are just clever that way.
Our Dad was pretty hunky, wasn't he? 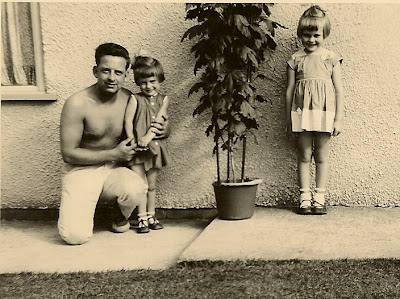 And I am thankful for the love that Jeff has for our children and grandchildren.
You see, he didn't have the rock steady example in his life of what a father should be. His father and his grandfather before him were alcoholics. Historically, the pattern continues until someone with enough strength can break the cycle. That someone was Jeff. 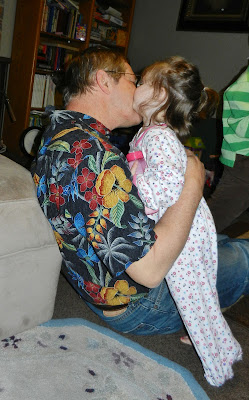 Sometimes, the lack of a concerned father in his life has caused him grief and it has not been a pretty sight. But with great determination, he overcame that deficiency, and has helped to raise two daughters who married good men and two sons who are (and will be) awesome fathers. I often wonder if our children understand the enormous burden that Jeff has carried as he has felt unloved and undervalued by his Dad. His struggle continues even today.

This is one of my favourite photos of Jeff. It's about ten years old. I just snapped it one day when he wasn't expecting it. 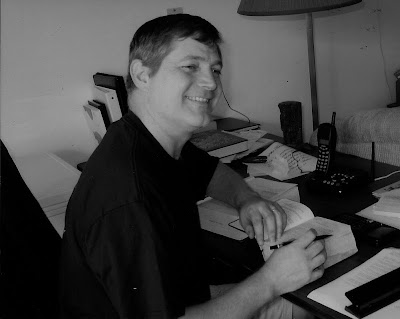 So, let's all be thankful for the love of good fathers.